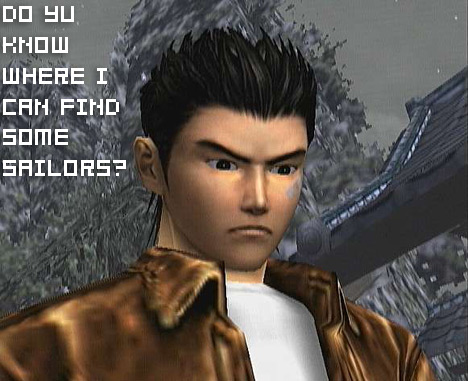 While Yu Suzuki, famed creator of Virtua Fighter and Shenmue, has kept a relatively low profile of late — he’s been working on some arcade racing titles, but that’s about it — he is still an employee of Sega Corporation, said Sega of America president Simon Jeffrey in a statement to Gamasutra.

Normally, this bit of non-news wouldn’t be that interesting; however, stories of Suzuki’s departure have been popping up everywhere since a recent Gamasutra interview, during which Jeffrey said that Suzuki was “doing some online stuff in China” and that he was “not an employee any more.”

Today, Jeffrey issued a correction: “I can safely say that Yu Suzuki is in fact still a Sega employee.” He also added that Suzuki “is a Creative Officer of Sega Corp.”

Unfortunately, you probably shouldn’t get your hopes up for Shenmue III any time soon. Suzuki has been throwing around some ideas, but none of them seem to stick. “Every now and again, he’ll come up with an idea, and I don’t think anything has come out of that yet, but we’re still working with him,” said Jeffrey.

In other news it’s also still raining at my house. This sucks.