Sean Ridgley over at Neoseeker seems to have a problem with the latest issue of Official Xbox Magazine. Not surprising, considering the entire cover is little more than a full-blown advertisement for Tom Clancy’s Rainbow Six Vegas 2 (available now at all major retailers BUY IT BUY IT BUY IT and tell them Destructoid sent you). It can’t even really be considered a magazine cover.

I have no problem with advertising of course, provided it doesn’t encroach on the integrity of the editorial content (ie, reviewers and marketers not sleeping in the same dirty bed), but I must admit that the sheer obnoxious blatancy of this “cover” (complete with “advertisement” written at the top and bottom of the page) causes a raised eyebrow. At least they’re being up front.

According to Insert Credit, the real cover is found underneath the advertisement by tearing along perforations, and reveals that the magazine’s main focus is actually Fallout 3. It’s not really a surprise that an official Xbox magazine, of all magazines, would be heavily advertising a videogame (and let’s face it, we all have bills to pay), but to essentially obscure your magazine’s entire cover in order to do it just strikes me as a little bit excessive.

What do you think? A bit too heavy on the marketing, or is it all fair game in the name of the almighty dollar? Also, how much do you think OXM got from Ubisoft? 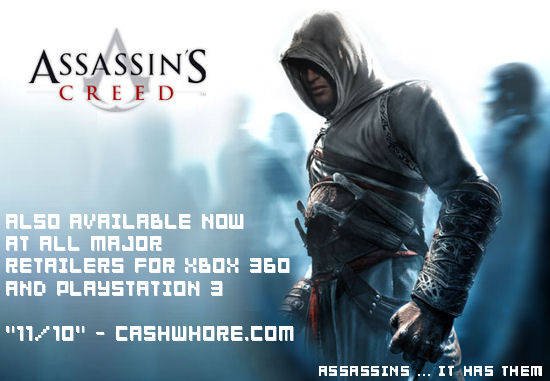