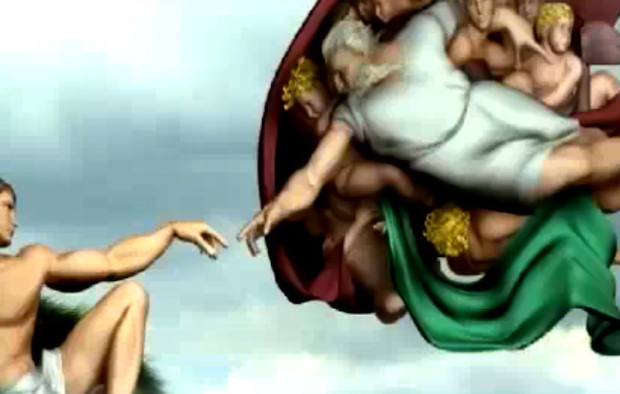 Remember a while ago when we said that the controversial (and decidedly insane) Christian-themed RTS Left Behind: Eternal Forces would be sold in Walmart? The game’s publisher has today declared that scheme a success, selling well in that good ol’ fashioned hotbed of Christian greatness, the American South.

“At the rate Walmart inventory is moving, they will be out of games before Christmas, unless they reorder,” beams CEO Troy Lyndon. “We started sending out letters of appeal to Texas-based church pastors on October 12th, and plan to reach more than 10,000 churches over a 10-week campaign through Christmas. With seven weeks remaining, and accelerated sales expected as we near the holidays, we believe test results will be favorable leading to a broader national market for Christian based PC games.”

Left Behind: Eternal Forces has always been a controversial title, generation concern for its promotion of violence against non-Christians, it’s seemingly sexist and racist content, and the fact that it’s just an awful bloody game. Just goes to show that violence, bigotry and poor quality is A-Okay in America, so long as it’s done in the name of baby Jesus.

MURRIETA, Calif., Nov. 4, 2009 (GLOBE NEWSWIRE) — Left Behind Games Inc.
(OTCBB:LFBG), dba Inspired Media Entertainment, a leading publisher of Christian
video games, reports that the Walmart test market for Christian video games in
Texas appears to be progressing beyond the company’s original expectations. A
representative who has been making on-site checks to verify sales, reports that
just two weeks after the initial inventory was displayed, approximately 25% of
the games have been sold.

Troy Lyndon, CEO says, “At the rate Walmart inventory is moving, they will be
out of games before Christmas, unless they reorder. We started sending out
letters of appeal to Texas-based church pastors on October 12th, and plan to
reach more than 10,000 churches over a 10-week campaign through Christmas. With
seven weeks remaining, and accelerated sales expected as we near the holidays,
we believe test results will be favorable leading to a broader national market
for Christian based PC games.”

To enhance the company’s marketing impact and increase sales, Left Behind Games
is distributing “Buy one from Walmart and get another FREE from us” mailers in
areas surrounding each participating Walmart store. This special promotion is
open to anyone anywhere. To take advantage of the offer, and/or find the nearest
Walmart store carrying the games, go to www.inspiredmedia.com/walmart.

Christian products have gained popular acceptance in the music and book sections
of retailers over recent years. For many years, Walmart stores have sold gospel
music and both fictional and non-fictional Christian books, including the
well-known Left Behind book series which has sold more than 65 million copies.
Yet, there are few, if any, moral or Bible-based video game choices for youth
and adults alike. With the introduction of the newest Left Behind and Charlie
Church Mouse PC video games as well as Keys of the Kingdom in approximately 100
Texas Walmart stores, the immediate response from consumers indicates a solid
level of interest in these products.

About Left Behind Games Inc.

Left Behind Games Inc., also known as Inspired Media Entertainment
(www.inspiredmedia.com), has become one of the world’s leading independent
developers and publishers of quality interactive entertainment products that
perpetuate positive values and appeal to mainstream and faith-based audiences.
For samples for your church or school, you can go to www.supportgoodgames.com
and www.inspiredmedia.com.

The statements contained herein which are not historical facts are considered
forward-looking statements under federal securities laws and may be identified
by words such as “anticipates,” “believes,” “estimates,” “expects,” “intends,”
“plans,” “potential,” “predicts,” “projects,” “seeks,” “will,” or words of
similar meaning and include, but are not limited to, statements regarding the
outlook for the Company’s future business and financial performance. Such
forward-looking statements are based on the current beliefs of our management as
well as assumptions made by and information currently available to them, which
are subject to inherent uncertainties, risks and changes in circumstances that
are difficult to predict. Actual outcomes and results may vary materially from
these forward-looking statements based on a variety of risks and uncertainties
including: our dependence on key management and product development personnel,
and our ability to develop other profitable titles for current generation
platforms, the timely release and significant market acceptance of our games,
the ability to maintain acceptable pricing levels on our games, our reliance on
a primary distribution service provider for a significant portion of our
products, and our ability to raise capital if needed. Other important factors
and information are contained in the Company’s Annual Report on Form 10-K for
the fiscal year ended March 31, 2009, in the section entitled “Risk Factors,”
and the Company’s other periodic filings with the SEC, which can be accessed via
a link from www.inspiredmedia.com on our Investor Relations page. All
forward-looking statements are qualified by these cautionary statements and
apply only as of the date they are made. The Company undertakes no obligation to
update any forward-looking statement, whether as a result of new information,
future events or otherwise.