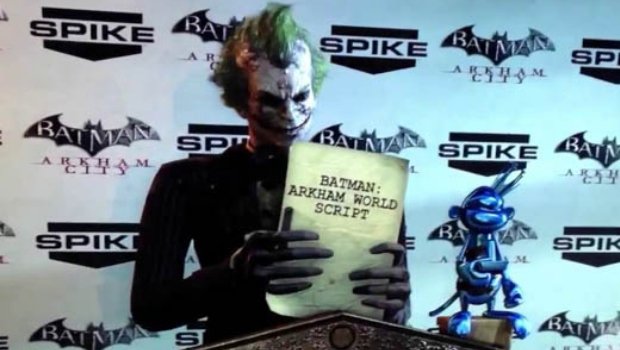 Gamers love their mysteries, so it was hardly surprising that a Batman: Arkham World reference at the Spiked Game Video Trophies set brains afire. The reference was spotted during The Joker’s CGI acceptance speech for his “Best Character” award, where he was seen holding a script for Arkham World.

“What was referenced in Rocksteady’s acceptance speech was added in good fun only,” said a Warner Brothers rep, when asked by VG247.

So it turns out that the joke was … actually a joke! What a surprise, and thank sodomy that Destructoid didn’t run the original story. At least, I think we didn’t. Let me keep my finger over this “Delete” button, just in case.