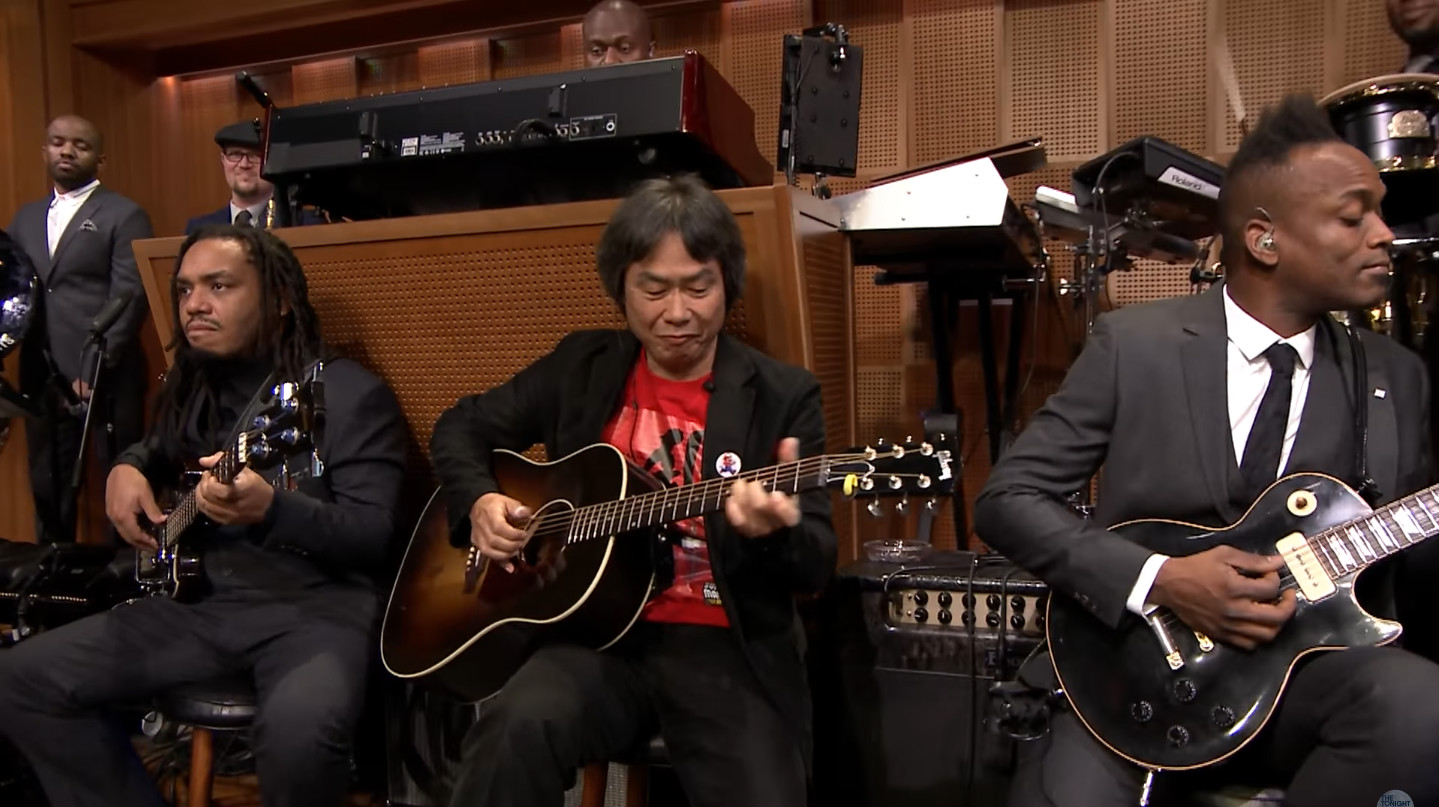 Say what you will about Jimmy Fallon (and trust me, my joyless co-workers have), but with this year being so terrible, I feel like we need his brand of entertainment now more than ever. You may look at Fallon and see somebody feigning excitement over every little thing, but I see somebody who actually loves what he’s doing and wants people to have fun. And not only that, but I see somebody who genuinely enjoys playing video games and (only occasionally now) highlights them on a show millions of people watch.

Take last night’s episode of The Tonight Show, for example. There was the expected Switch presentation with Reggie, and that’s fine. But then there was also this short clip of preeminent Nintendo designer Shigeru Miyamoto playing the most recognizable piece of music in video games with one of the greatest hip hop ensembles in history, The Roots. There’s no point to it other than to make you smile. Did it work? I know my day is just a little brighter having watched it.