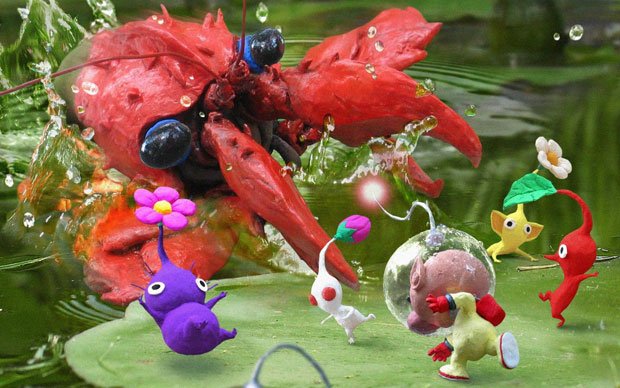 Screening next month in Tokyo

Famed Nintendo designer Shigeru Miyamoto has produced an animated short based on the Pikmin series that will debut at the 27th Tokyo International Film Festival next month.

The film, Pikmin Short Movies, is made up of three episodes: “‘The Night Juicer,’ in which Captain Olimar makes his favorite juice; ‘Treasures in a Bottle,’ in which Pikmin meet a strange treasure; ‘Occupational Hazards,’ a big adventure at a construction site.”

Following the screening on October 25, Miyamoto will give a talk with Nobuo Kawakami, the Chairman of Dwango and a producer-trainee at Studio Ghibli, at TOHO Cinemas Nihonbashi.

I’ll be hugely disappointed if the short doesn’t eventually end up online. Pikmin seems like such a terrific fit for the medium and I’d be especially curious to see how Miyamoto’s talents translate. In an ideal world, we’d get a feature-length clay-animated film.