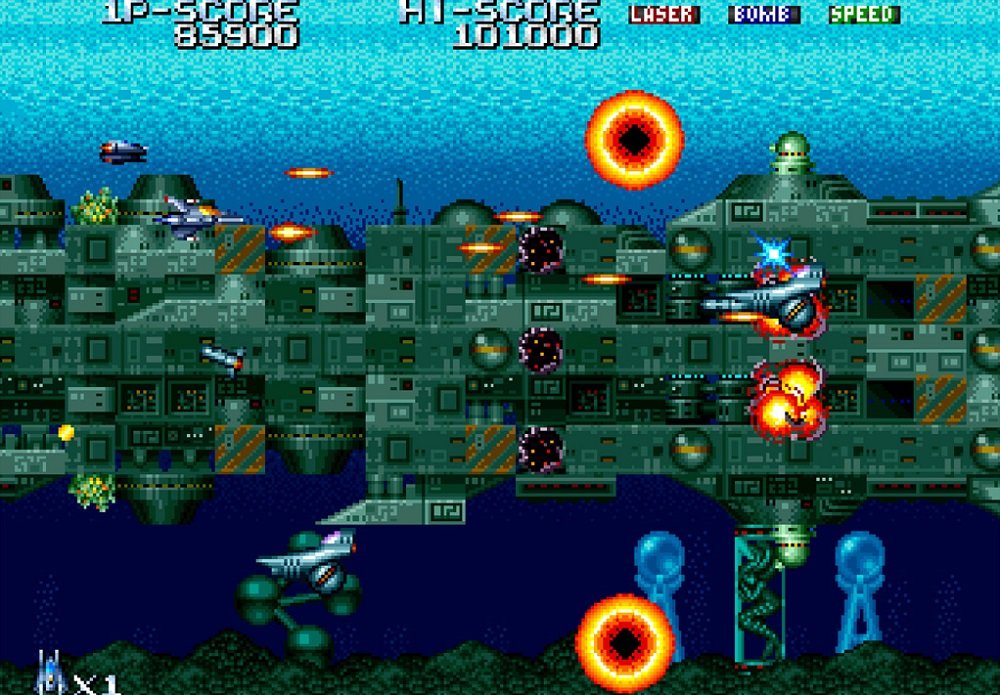 Not to be confused with Terrahawks

Hamster takes to the skies once again for this week’s retro release, as Nichibutsu’s 1987 shmup sequel Terra Force has been dusted off for release on Nintendo Switch.

The third release in the Moon Cresta/Terra Cresta series, Terra Force took a look at the popular shmup landscape of the time and tried something a little different. While shmups at the time consisted of horizontal scrollers (such as Irem’s R-Type) or vertical scrollers (like Capcom’s 1942), Terra Force attempts to blend the best of both worlds, with stages shifting between the two styles.

Aside from this very neat mechanic (which was also used in popular titles such as Konami’s Life Force) Terra Force is a fairly standard shmup, which oddly eschewed its predecessor’s “ship-building” mechanics, unfortunately losing a lot of the series’ unique appeal in the process. Still, for those building a backlog of classic arcade shmups for your commute, you know have one more for the collection.

Terra Force is available to download now on Nintendo Switch, priced at around $8.