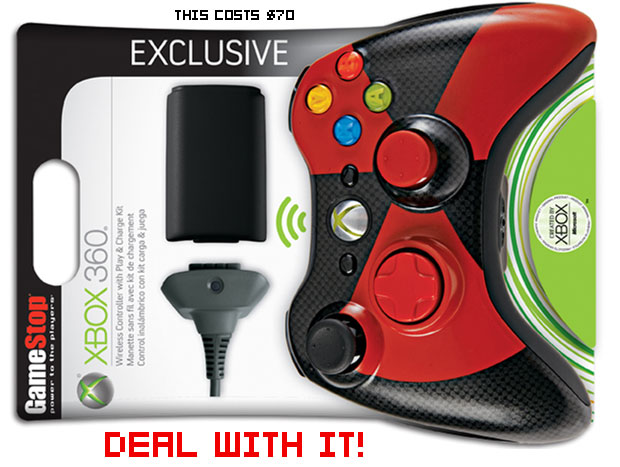 Remember that ugly/fugly/fug ugly limited edition GameStop-branded Xbox 360 controller from way back when? Why am I even asking — how could anyone forget?

Major Nelson reminds us that the black and red beast nears ever closer. The $70 wireless controller plus Play & Charge Kit bundle begins shipping on Monday of next week. Oddly enough, the device is being offered for pre-order at this time.

Who would want to reserve such a th–I don’t even want to know.