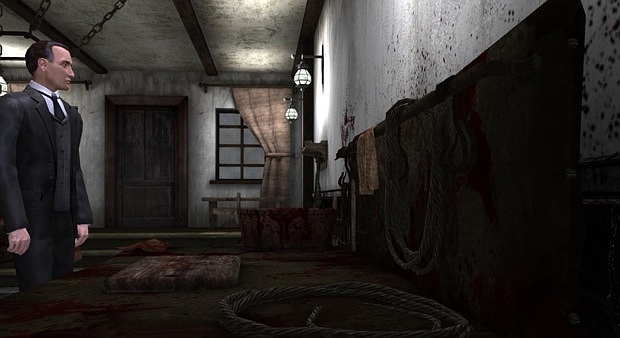 Sherlock Holmes vs. Jack the Ripper could be the greatest game ever created. The developer and publisher tandem — Frogwares Studio and Focus Home Interactive — haven’t made such a statement, but it’s hard to not acknowledge its possibility of awesome. Seriously. Any game with dead hookers, a psychopath and Sherlock Holmes is bound for glory.

Anyway, a new trailer for the game has been released. It shows a particularly drab Whitechapel district as well as teases a few plot points in the game. Hit the break to check it out. It’s hard to imagine anyone being disappointed by the footage.

And here’s some good news: Sherlock Holmes vs. Jack the Ripper is hitting the PC in May. That’s totally only a few days away. The bad news — there’s always bad news — is that the Xbox 360 version won’t be ready until the end of the year. Waiting is tough sometimes, eh?