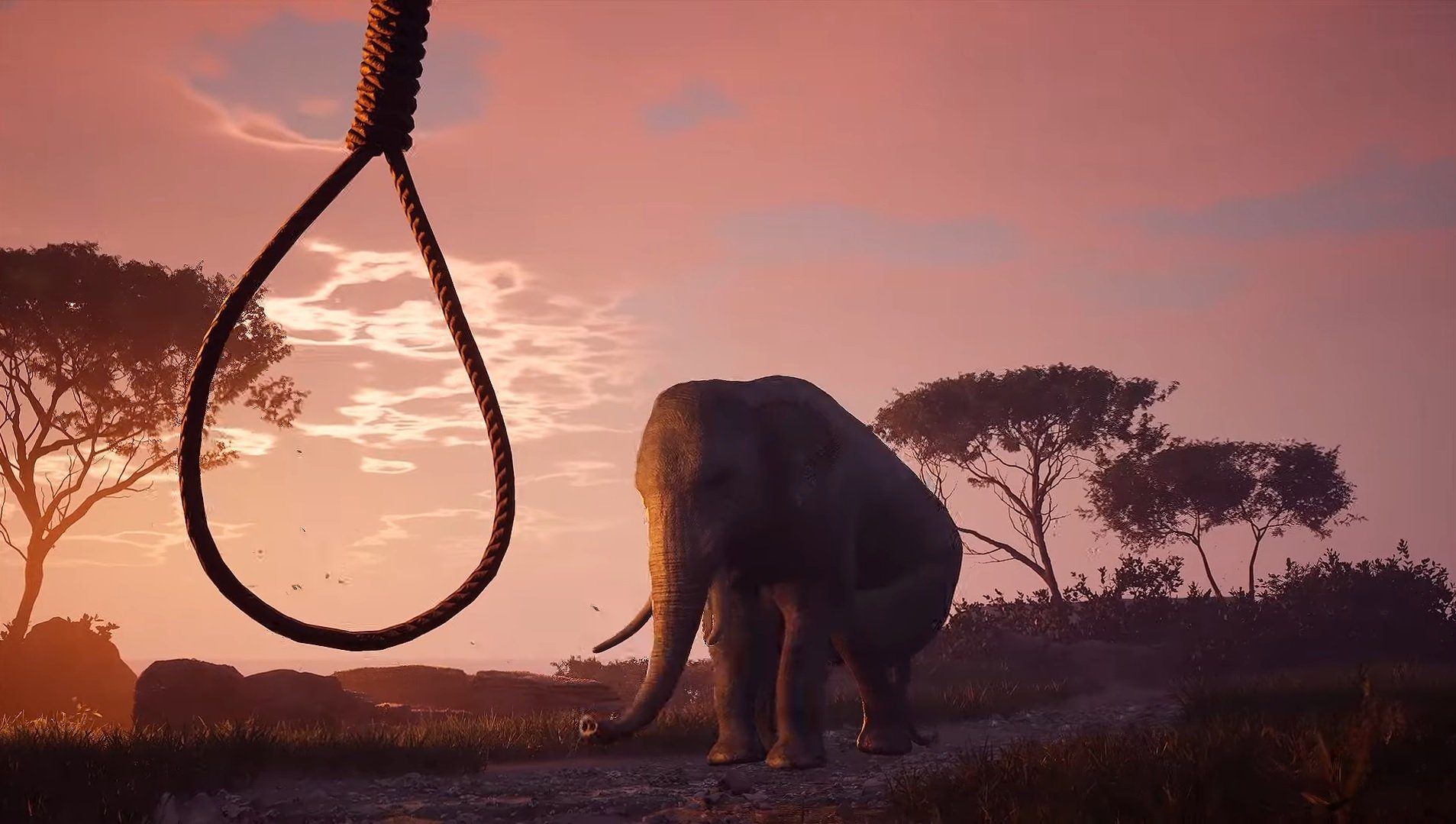 We’ll get him off on appeal

In a bizarre twist, Sherlock Holmes finds himself fighting for justice for an elephant. That’s just one of the weird cases waiting in Sherlock Holmes: Chapter One. An elephant (who is presumably innocent or at least misunderstood) is sentenced to death by hanging from a crane.

Eccentric and horrific, right? That’s some shit they used to do! I didn’t want to start my week by researching pachyderm capital punishment but it happened on accident. I’ll spare you the details but it’s easy enough to find if you want. The world sucks now, but it also sucked like 100 years ago and 200 years ago and basically for all of time.

Anyway, Sherlock Holmes: Chapter One‘s “Mediterranean paradise” also sucks because this island is overrun with crime and Final Fantasy XV-ass haircuts. Get a load of the revenge pillars where someone does something violent and then sticks a knife in the pillar. There are so many knives!

This game looks absolutely wild. There are five main quests and 30 side quests. All in all, developer Frogwares says it adds up to about 35 hours of content. Sherlock better get crackin’ because this place is going to hell in a handbasket.