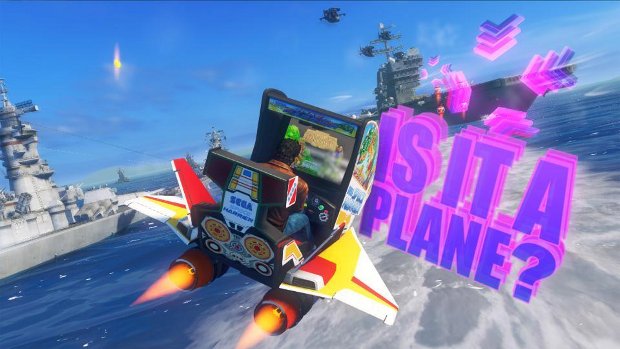 He races in a Sega arcade cabinet

Sega has been teasing the return of Ryo Hazuki recently — a character previously absent from Sonic & All-Stars Racing Transformed. At this time I can confirm that he will indeed be returning to the franchise, but for right now, only in the iOS and Android versions of the game — which launches tomorrow.

Ryo uses a classic Sega arcade cabinet as his ride, with references to Out Run, Space Harrier, and Hang-On, depending on what surface it’s on. In order to unlock him, you have to complete a full streak of weekly challenges — a mobile-centric feature that allows you to enter certain race types on a time limit.

Stay tuned for our full thoughts on the mobile version of the game.