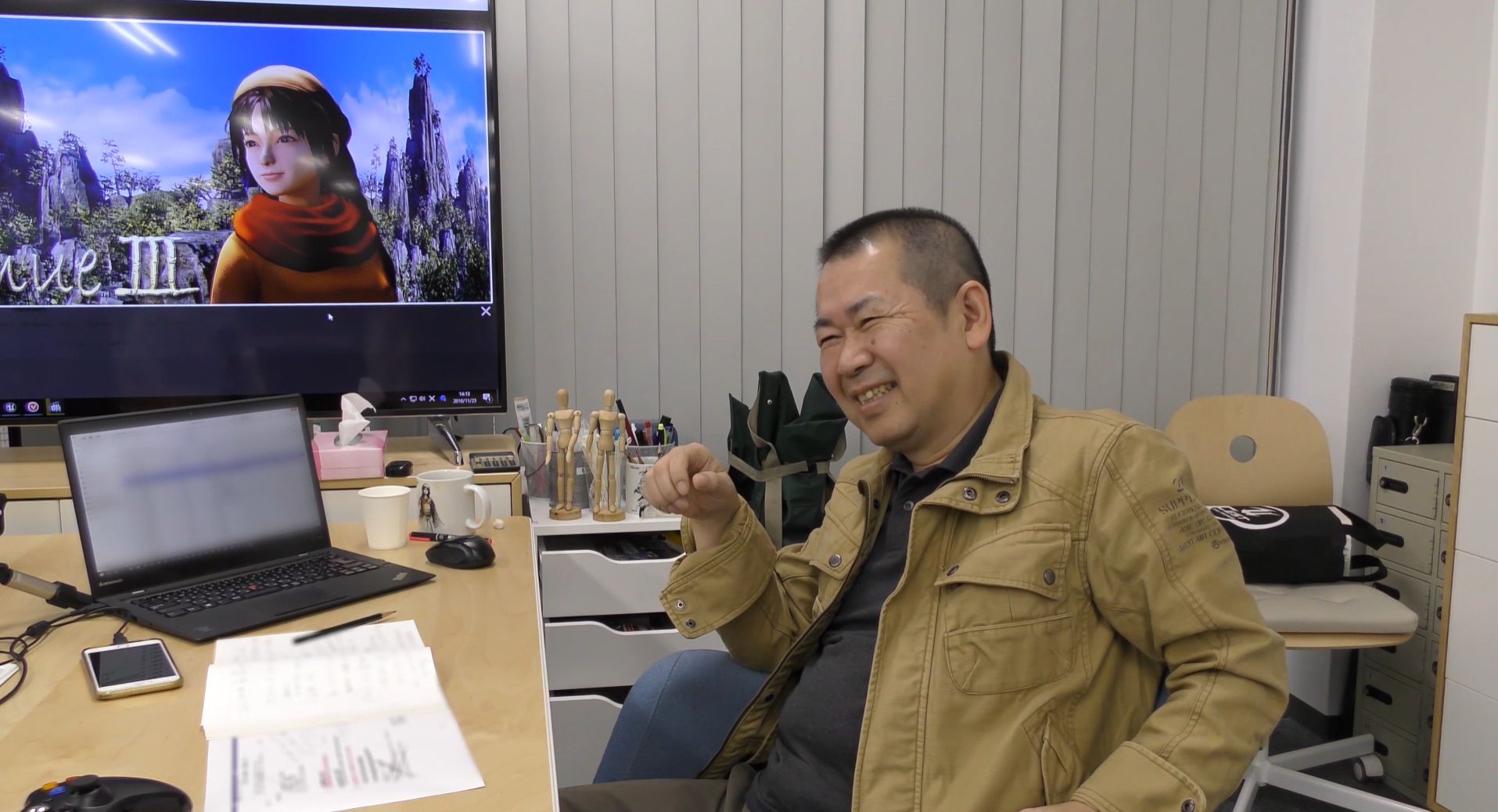 Hey speaking of long-awaited games, it’s been a while since we’ve heard anything about Shenmue III. There’s still no new information, but Mr. Suzuki plays some track samples and answers questions about music and sound design in both Shenmue and video games as a whole in a short interview.

Although not directly involved in creating the game’s music, Mr. Suzuki stresses the importance of music in video games, citing audio as one of the three key elements of a game along with visuals and interactivity. On the surface, his statements seem shallow and obvious, but likely have more thought behind them than the simple words show. For example, he explains you want a calm track for quests that the player won’t get tired of or even annoyed by. There is a certain intuition that goes along with experience behind those words much in the same way you don’t intuitively appreciate cliches like “You don’t know what you’ve got til it’s gone” until you really experience it for yourself.

I agree that sound design, not only music, is a hugely important part of games. Background music and the soundtrack in general is obvious to everyone, but what goes underappreciated sometimes are just the small beep and boops of the menus, footsteps, sword slashes, proper transitions and fading, and so on. These are things Super Mario has always been a gold standard for.

The first two Shenmue games were extremely influential in storytelling in games and were the birth of the modern quick-time event (QTE). The gameplay is not for everyone and the voice acting doesn’t hold up, though in my opinion they remain as charming and as memorable as the music. There is no nostalgia here. I just played the first Shenmue a few months ago and am currently a few hours into Shenmue II. While I won’t say it’s the most fun series to play, that’s not what you come to Shenmue for. They are comfy, slow-paced experiences you can just lose yourself in. Games focused on story have their place.

I really like the time mechanic which allows for characters to be in different places at different times and for certain events to occur according to a schedule. This changed the idea of what an”open world” is from just a large, static map to one that changes with regard to time rather than space. Majora’s Mask and Dead Rising had similar concepts that improved on this idea.

What little we hear here from Mr. Suzuki’s library sounds right in line with the atmosphere and tone of the previous games. I may just be getting around to these games and have even said “There’s no nostalgia here,” but this music feels nostalgic and homey somehow.

Yu Suzuki on the Music of Shenmue [Shenmue.link]