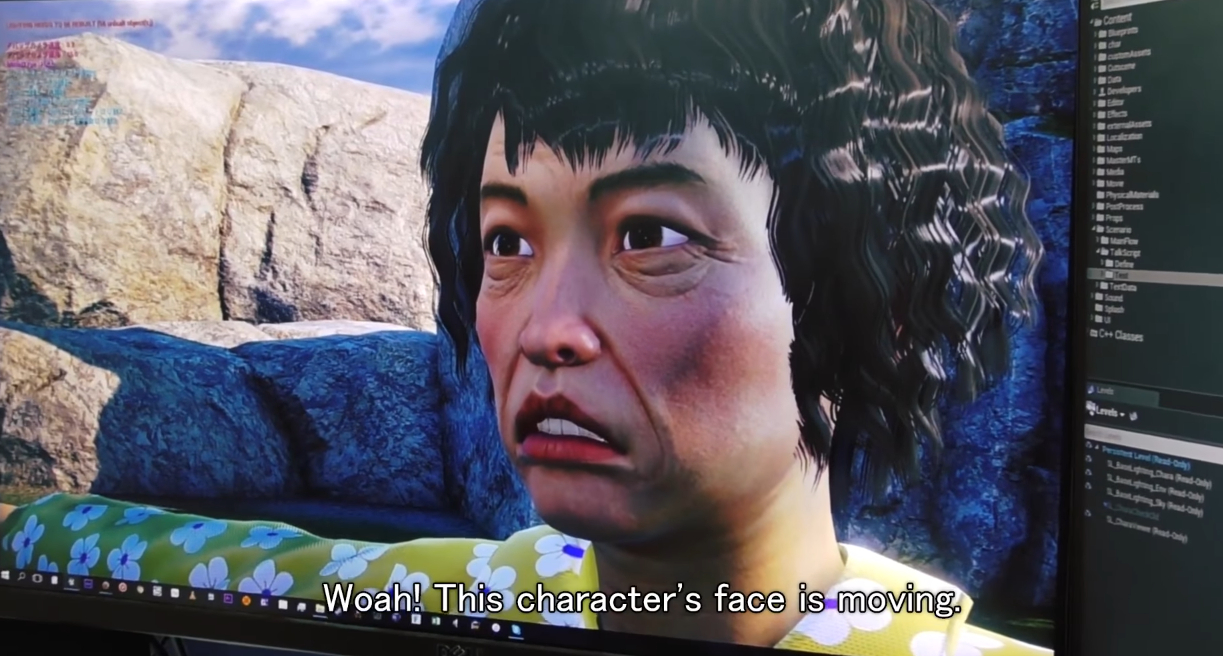 Hot off a $6.3 million Kickstarter campaign [squints] two and a half years ago, Shenmue 3 characters can now move their faces, as evidenced in the update above. Facial animations were actually implemented three months back, but none were coded for the first, short trailer two months ago. In fact, many of those character models weren’t even finished; they were temporary.

Unsurprisingly, Shenmue 3 is missing its planned 2017 release and now coming in the latter half of next year. So we have a while to wait to see if the story-heavy game gives us as much joy as Mass Effect: Andromeda‘s fucked up faces. For now, enjoy a concerned old lady.