When I first saw there was a game on the PAX East show floor called She Remembered Caterpillars, I was expecting some kind of 3D walking simulator about a young girl tending a garden. As it turns out, it’s something entirely different and apparently unrelated to its moniker.

It’s actually a puzzle game about guiding colourful little blobs to flowers, so they bloom and fly away. 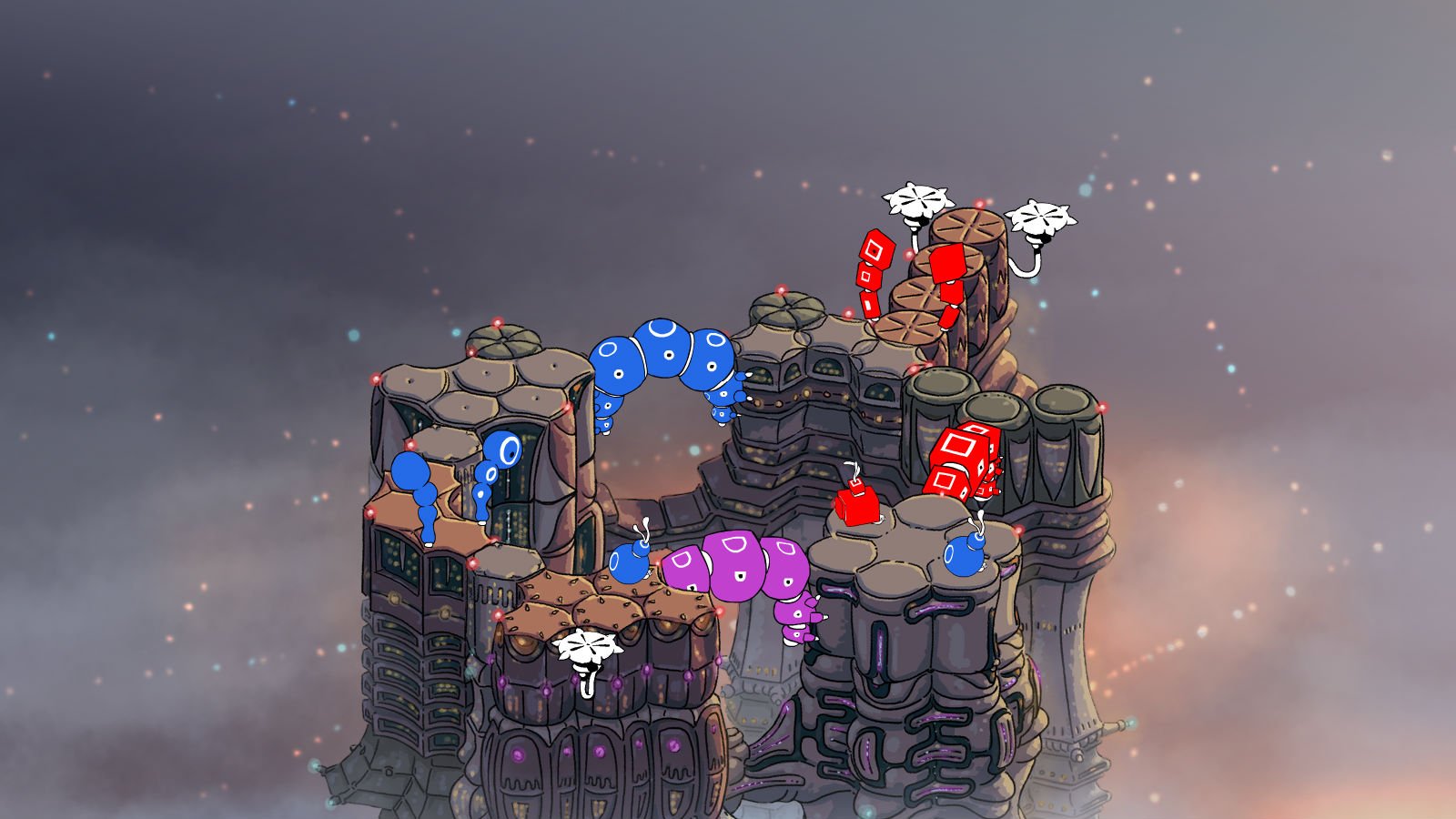 In She Remembered Caterpillars, blobs can travel across same-coloured bridges but cannot pass through matching gates. While players can merge red and blue blobs into purple ones, thereby allowing them to cross any bridge, purple blobs cannot travel through gates. Luckily, they can be separated back into their original colours at any time. The challenge stems from working out how best to get a blob from point one to another, determining which blob should take each flower, and discovering how to sneak colours into areas where they weren’t meant to go.

The formula was simple enough, but it ramped up in difficulty very quickly. There was a real skill to getting your head around what colours could go where and when.

She Remembered Caterpillars features a gorgeous, detailed animations, but I struggled to understand the story it was trying to tell me. While I’m not sure what it had to do with the gameplay, or the title of the game, it piqued by interest. Look for it to pop up on PC, Mac, and iOS sometime later this year.