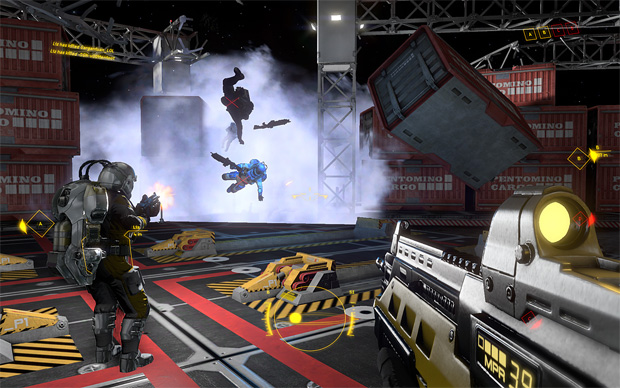 It sounds like Futuremark Games Studio, the folks behind the newish zero gravity PC FPS Shattered Horizon, have plans to give back to all of the guys and gals who downloaded the game.

The first downloadable content for the multiplayer shoter, a collection of four maps nicknamed the “Moonrise Collection Pack,” will in fact be free. Now while there’s no confirmation about whether or not future DLC will be premium or otherwise, FGS sure is off to a good start.

“Moonrise” is going to those who pre-ordered Shattered Horizon this week for play-testing purposes, with the actual release date not yet finalized. As the developer says itself, “level design for zero gravity combat is a big challenge.”