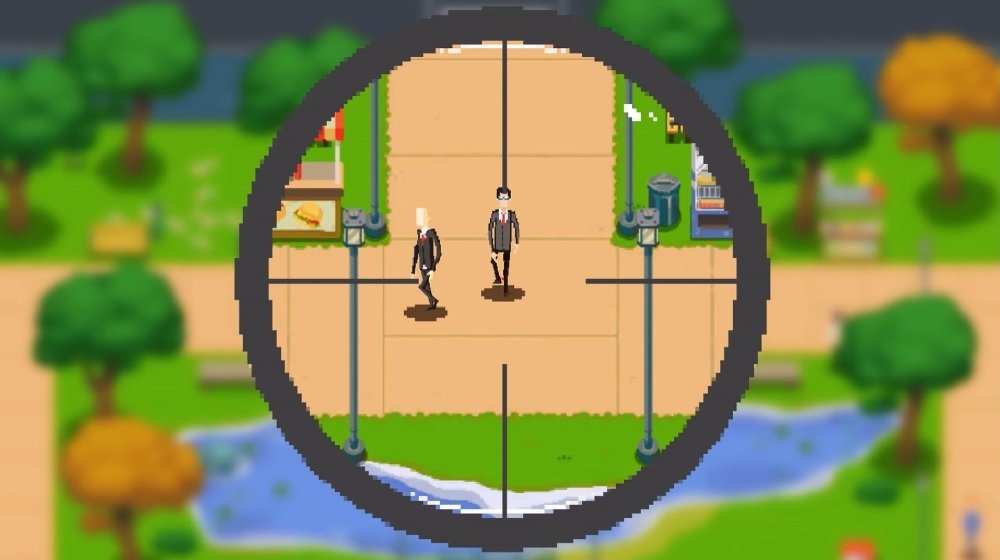 Somebody’s coming up. Somebody serious.

Chryse, a small indie out based in the Philippines, are currently crafting a bemusingly bleak assassin simulation, Shots Fired, for release on Nintendo Switch early next year.

The game is a darkly comic tale of a retired hitman forced back into action after his daughter is kidnapped and his television is stolen. Using cover as a photojournalist, players must perform reconnaissance work on their targets, before performing slick kills and vanishing without trace.

The title will also feature a host of mini-games attached to various actions, from lock-picking and computer hacking to high-speed getaways. All presented with a wry eye for satire and a minimalist visual style.

“Shots Fired is a unique fusion of classic adventure, modern indie, and visual novel that’s totally unlike anything I’ve played before,” says Adria Carrasco, CEO of publisher Another Indie. “The weird sense of humour and incredible artwork that drew us in and the gameplay got us hooked on this weird and wonderful adventure.

Shots Fired will be launching on the Nintendo Switch in the first quarter of 2018.