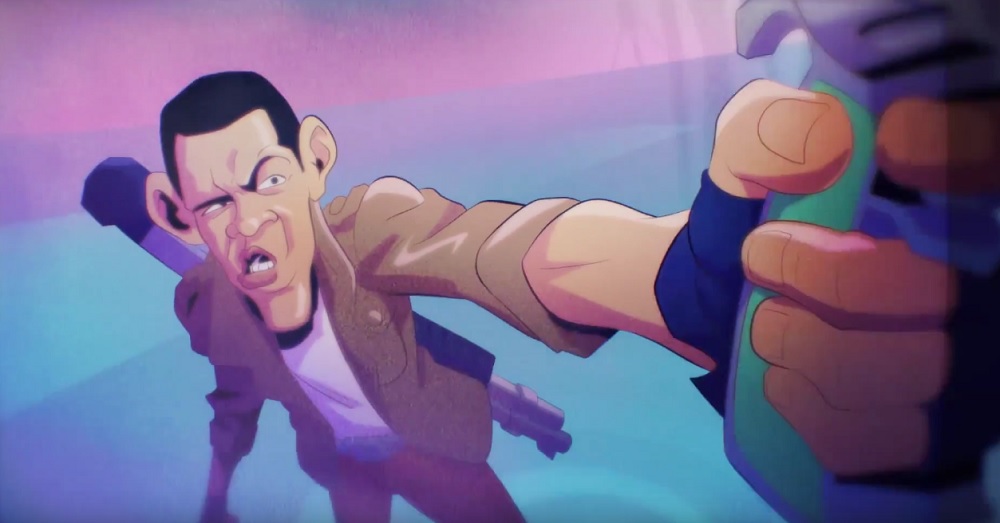 ‘Dirty Barry’ is out for blood

If you own a physical copy of dull beat-em-up Shaq Fu: A Legend Reborn on PS4, Xbox One or Nintendo Switch, then you might find new content waiting for you when you next decide to play.

Barack Fu: The Adventures of Dirty Barry, continues in the vein of the standard Shaq Fu narrative by taking topics that were hot for satire a decade ago and making them the basis of 2018 comedy. Here we have former President Barack Obama as a badass, a throwback “exploitation film” aesthetic, and even the line “Smell what Barack is cooking?” which the ex-prez himself once said. In 2008.

In the new adventure, Obama tools up and hits the streets to investigate a wave of celebrity murders, (the very same killings perpetrated by Shaq himself in the main plotline). It also looks like Kanye West is gonna show up as a villain, because he’s a person that exists on television. The DLC will feature new stages, attacks and special moves, with Obama being able to power up into his alter-ego, Dirty Barry.

Currently free for Shaq Fu physical edition owners, there is currently no word on a separate release for those who picked up the game digitally. Shaq Fu: A Legend Reborn, is available now on PS4, Xbox One, PC and Nintendo Switch.