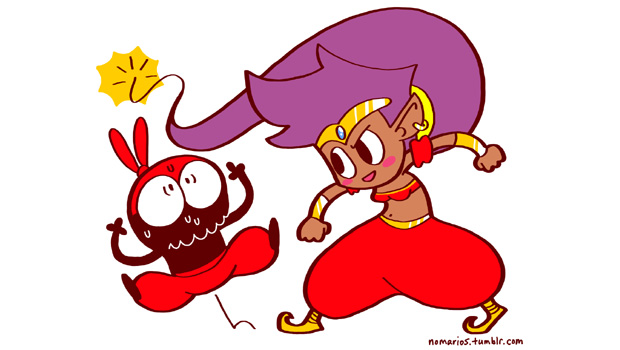 Shantae is good. Like, really good. And the sequel, Risky’s Revenge, is also really good — the best game on DSiWare, in fact. The original game never achieved the big sales it deserved, coming out for the Game Boy Color when the Game Boy Advance was already on the market. Thankfully, WayForward is taking steps to ensure that history doesn’t repeat itself.

Today, WayForward announced that Risky’s Revenge will be coming to all iOS devices in the coming weeks. Rather than being a straight port, this version has been tinkered with for a full year in order to optimize it for touch-only controls. Enemy AI has been tweaked, platforms have been widened, menus have been redone, and more. There are even achievements to shoot for this time around!

Fans who played the DSi release may not necessarily find a lot new to satisfy them, but at least now our loveable, sprightly half-genie will be able to reach an even wider audience. Who has yet to play this wonderful gem, and who is gonna jump on board with the iOS release?