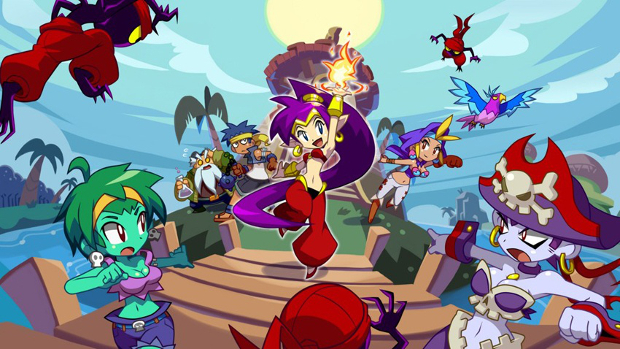 [Update: The new costume and abilities Stretch Goal has been reached. Next up is the “Fire and Forget” Stretch Goal which adds a new chapter, new transformation, and new characters, like Shantae’s mysterious red-headed replacement.]

Just when I thought I was done writing about the Shantae: 1/2 Genie Hero Kickstarter, Adam Tierney had to go and suck me back. In addition to announcing new Naga, Bat, Pill Bug, and Tiger transformations to vote on, Wayforward is also offering up a hour live stream to kick off 1/2 Genie Hero‘s last day of campaigning. According to Adam they’ll be “…playing through previous WayForward games and answering fan questions. We’re also interviewing guest developers (like the creator of Hyper Light Drifter) and revealing footage of previously-unreleased WayForward demos such as Shantae GBA and Silent Hill DS.”

Will Silent Hill DS be more like Lit, Aliens: Infestation, or something totally different? I can’t wait to fine out! Also, a quick reminder that anyone who pledges $15 (the lowest amount that nets you the game) will get a bunch of fun exclusive crap. If you were going to get the game anyway then you might as well dip in now for some cool hot bonus sweets.