Wayforward have released details and confirmed release dates on the Shantae: Half-Genie Hero Ultimate Edition, which launches on PS4 and Nintendo Switch at the end of April.

The Ultimate Edition features the great 2016 adventure, along with expansions Pirate Queen’s Quest and Friends to the End, as well as the game’s tougher “Hardcore Mode” option. Also included are a selection of different character costumes and palette-swaps – including previous Kickstarter backer-exclusives – and an all-new cute bathing suit for the cheerful genie gal. The new costumes, Ninja, Beach and Officer, each unlock a mini-adventure in and of themselves, befitting of the garb our gal is rockin’

The “Day One” edition comes packaged with a Risky Beats soundtrack CD, featuring a selection of the game’s backing tracks, and a 100-page artbook filled with unseen concept sketches of the whole crew.

The Shantae: Half-Genie Hero Ultimate Edition for PS4 and Switch can now be pre-ordered from various retailers. The game will release on April 27 in Europe and May 8 in North America. 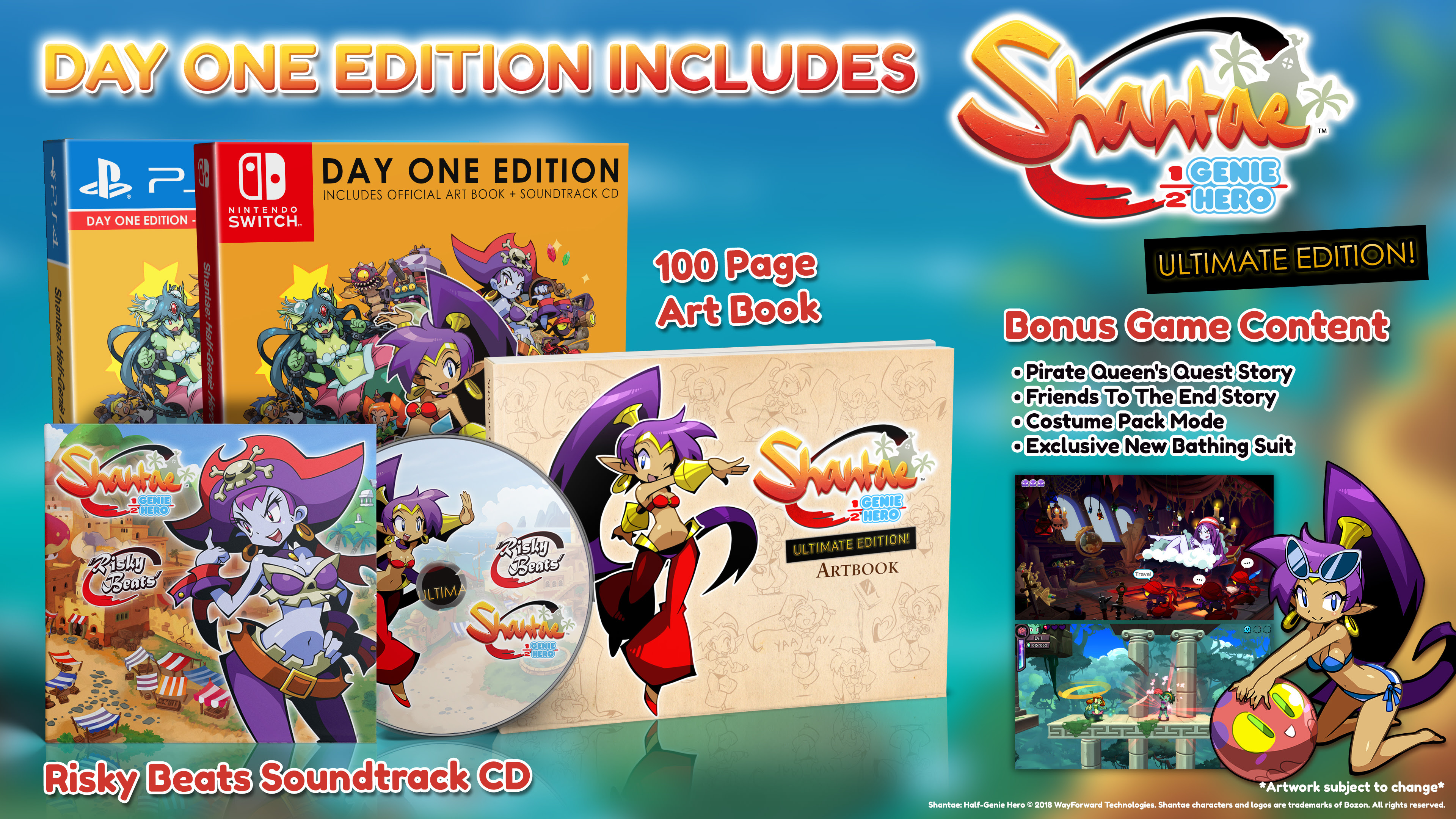