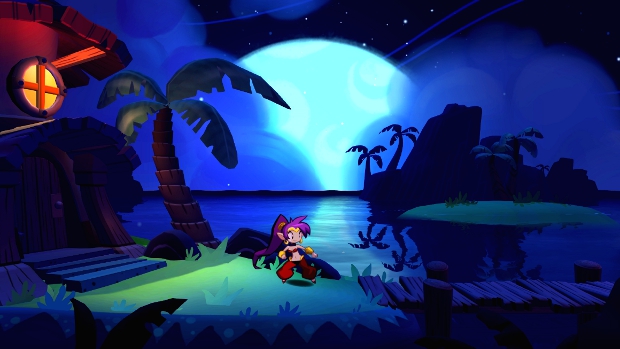 Back in all her hair-whipping glory

Half-Genie Hero, the newest entry in the Shantae series, was funded on Kickstarter back in 2013. Today, WayForward released the E3 2015 trailer for the game, and it looks to be coming along quite nicely!

The trailer shows off Half-Genie Hero‘s beautiful hand-drawn animation, as Shantae belly dances, whips enemies with her hair, and transforms into various animals. The final product will also feature multiple game modes, allowing players to take control of several characters from the Shantae universe, including Rottytops the zombie, Sky the bird trainer, Bolo the warrior, and Risky Boots the nefarious pirate.

A release date is pending, but the game is still set to launch on a variety of platforms, including PS4, PS3, PS Vita, Xbox One, Xbox 360, Wii U, and PC.