The long awaited Shantae and the Pirate’s Curse is finally about to hit the Wii U. The game has been out on the 3DS for a little while now, but I’ve been holding out for the home console version. Wii U-specific features like “HD character portraits by Mega Man developer IntiCreates, Off-TV play, Classic Controller Pro and Wii U Pro Controller support” are worth waiting for, though both versions have neat stuff like “unlockable Pirate-Mode, multiple endings, and and epic original soundtrack by Jake ‘Virt’ Kaufman” so you really can’t go wrong.

We caught up with Matt Bozon, creative director at WayForward, to ask why the studio continues to show so much support for the Wii U, the Parodius connection, his dreams of a Shantae amiibo, and a lot more. Read on for the full hair raising, booty plundering exchange. 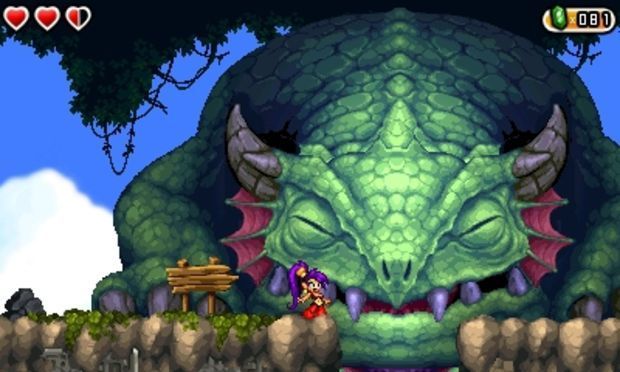 Dtoid: Can you describe the game to people who’ve never played a Shantae game before?

Bozon: Shantae and the Pirate’s Curse is the third game in the series, which began back in 2002 on the Game Boy Color. This game marks the conclusion of that story arc, but the game caters to first time players. It’s easy to go in cold and no nothing about the previous games. In a nutshell, Shantae is descended from Genies, but is half human. She guards a little fishing village named Scuttle Town from pirates, using what magic she has for various acts of heroism.

In a previous game, Shantae’s magical powers have been stolen and now she’s trying to get by without them. A villainous pirate named Risky Boots appears and makes Shantae and offer she can’t refuse, and soon the two enemies are setting sail for adventure in search of legendary powers that will save the world from Risky’s ghostly boss, the Pirate Master.

The game plays a lot like Metroid or Castlevania, with Shantae whipping enemies with her long hair and locating pirate-based upgrades. Soon she’ll be firing a flintlock pistol, gliding on a giant hat, launching herself into the air on a huge cannon, stuff like that. I’ve heard it said that Shantae is like the Parodius of the Castlevania series, which kind of makes sense. 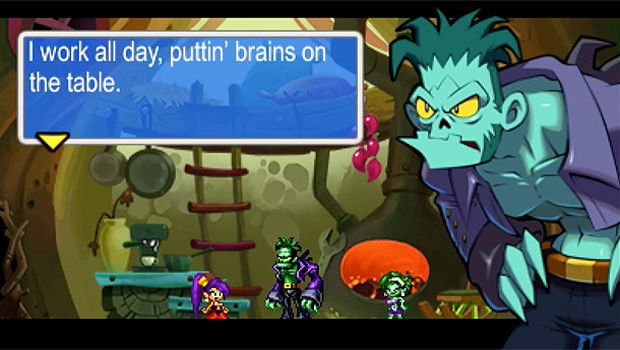 Dtoid: The first game, Shantae, was a full retail game by Capcom. The second was a download sized indie title. How long is Pirate’s Curse by comparison?

Bozon: We approached Pirate’s Curse as we would any other retail game. Based on playtime, total number of dungeons and bosses, you could argue that it’s the size of the first two games combined. Think of it as a $30 retail game in terms of overall scope. Of our recent titles, it breaks down most similarly to Adventure Time: Hey Ice King Why’d You Steal our Garbage, but is roughly 20-25% longer. Most players clock in around 10 hours, not including the second mode that unlocks.

Dtoid: Why release a 3DS game on Wii U rather than a fully HD version like Mighty Switch Force Hyper Drive Edition?

Bozon: The decision to release Pirate’s Curse on Wii U was driven almost entirely by WayForward fans. We already have a Wii U Shantae game in development – our Kickstarter project Shantae: Half-Genie Hero. That game is made entirely from HD assets with 2D and 3D backgrounds, very similar to our previous game DuckTales: Remastered. But fans were very excited about playing Pirate’s Curse on the Wii U, and since we had already tried it with Mighty Switch Force 2, and the process was pretty straightforward, it seemed worth doing again.

It wasn’t quite as easy this time because Pirate’s Curse is a huge game by comparison, and has more involved touch screen features that had to be redesigned for off screen play. 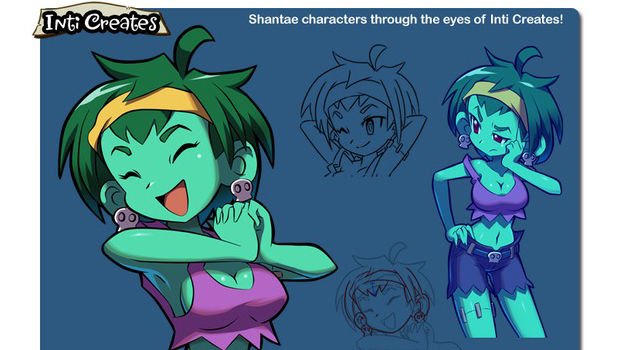 Dtoid: What features are new in the Wii U version? Which are you most excited about?

Bozon: In addition to off TV play, we’ve added HD menus and character portraits. The character art has become well known in its own right, having been created by Inti Creates, the developer behind the Mega Man Zero series. There are around 100 HD illustrations, and they’re worth a closer look on your TV. They’re in stereoscopic 3D on 3DS, but HD here and both look incredible. We also support Wii U Pro Controller, and the Wii Classic Controller Pro. The game plays remarkably well with these controllers. But if I had to pick one feature to call my favorite, it’s the HD portraits.

Dtoid: Would you call this the definitive version on the game?

Bozon: Not necessarily. The game is pretty much the same. The only deciding factor is if you prefer your portrait artwork with stereoscopic embellishments, or in high resolution. Or if you prefer to play in the living room or on the go! Both versions are great!

Dtoid: Why does WayForward continue to support the Wii U despite the relatively small install base?

Bozon: We’ve been there supporting Nintendo with every system launch starting with the Game Boy Color. We want to be first in line to make games for these legendary platforms. Whether they reach a massive audience or not, Nintendo fans occupy an extremely loyal corner of the game industry. They like intelligent design and visually iconic characters, and they typically understand that games of high quality take time. Sure, we want our games to appear everywhere and be played by everyone, but I feel we have a real connection with Nintendo and its fans.

We’re working to expand our fan base, but Nintendo fans got us here which is why we go the extra mile to serve them when we can.

Dtoid: If you could add any character to the Smash Bros roster, who would it be?

Bozon: I’m supposed to say Shantae, right? Yes, I would love to play as her in Smash and I want a Shantae Amiibo. Her move set aligns nicely, since she dances to charge up her bigger moves, can get extra jumps by way of Cannon or Harpy Transformation. And she brings more girl power, and has been Nintendo exclusive since back on Game Boy. So yeah, Shantae.

But if I HAVE to choose someone else, then it’s easy. Bomberman! He’s has an enduring Nintendo legacy, comes in various colors, and his bomb-based move set would make him a blast to play.