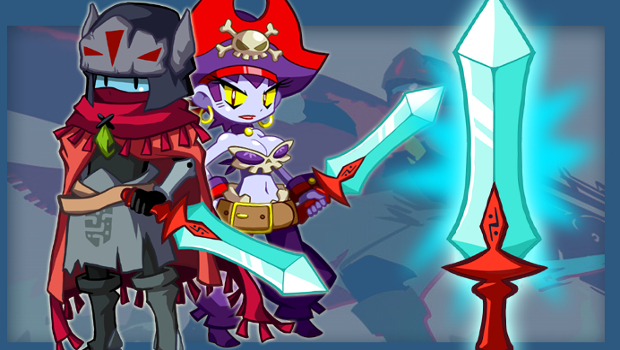 Purchase in the next few hours and get exclusives

The Shantae: 1/2 Genie Hero Kickstarter has almost come to a close, so WayForward and their backers are throwing out all the stops. They’ve met the stretch goal of an extra chapter (complete with a new transformation and boss fight), adding quite a bit of content to the game. On top of that, they’ve layered on not one but two additional bonuses for anyone who backs at $15 or more (the minimum amount you can pledge to receive the game). On top of the previously announced bonus outfit for Shantae, there’s a GBC-style pallet swap for Risky Boots and an all new side quest featuring a cameo from the star of Hyper Light Drifter. You even get the Drifter’s sword! I haven’t even played either game yet and I’m already excited.

Part of that is because I’m listening to Jake “Virt” Kaufman‘s newly released drafts for the game’s soundtrack. Boy he’s great. You may see him and other special guests on WayForward’s final push 24 hour live stream. It starts at 10PM PST and goes all the way until 10pm the next day when the campaign ends. Tune in if you have the chance.