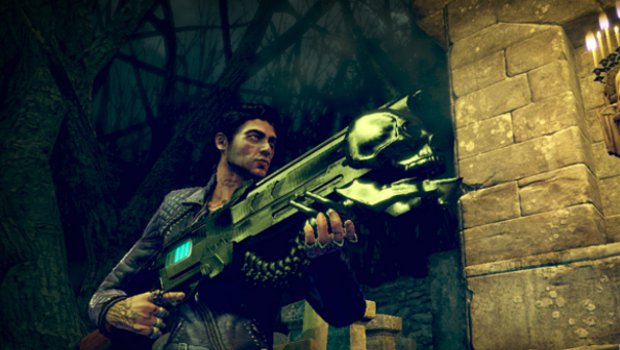 Akira Yamaoka is kind of a genius and he’s definitely earned a place in the videogame music pantheon after his work on the Silent Hill series and Shadows of the Damned. Thankfully, the latter is getting an official soundtrack release. Rather than just release a collection of the game’s tunes, however, Yamaoka made it his goal to “create an experience that would take players back to the game as if they were “watching” a movie.”

The release is limited to 1000 prints with 300 copies allotted for international customers. Those 300 international copies will be autographed by Yamaoka himself as a special thank you. You can find the soundtrack at Grasshopper Manufacture’s online store now for $29.93 plus shipping. It’s a steep price for sure, but with about 190 copies left you may not want to deliberate too long.

It’s also worth mentioning that the game’s official art book Kurayami, from Q-Hayashida, will be going on sale this Friday, September 9. The book contains both finalized and conceptual art alike, as well as a “Damned manga” and the Japanese text of a conversation between Suda-51 and Q-Hayashida. Normally, I don’t jump at art books, but Shadows’ style is way too good.