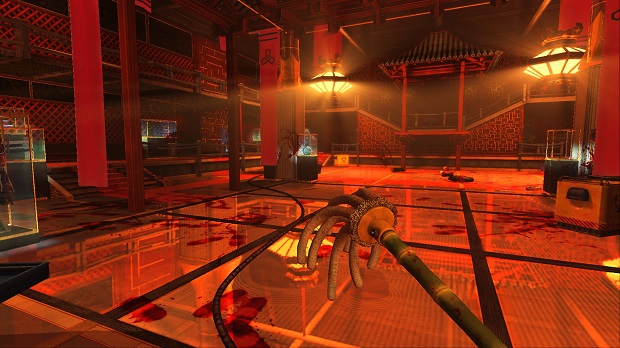 Shadow Warrior isn’t a very long game, and odds are you’ve finished it by now. Thankfully, Flying Wild Hog and RuneStorm have you covered, with free “Viscera Cleanup Detail” DLC, offered up to anyone who bought the game. As a separate mini-game, Wang will be tasked with cleaning up the blood he spilled in the intro, as well as incinerating all of the spare body parts.

I’m sure it won’t be as entertaining as slicing up dudes with a sword, but it’s a chuckle-worthy bit of free content, so it’s hard to complain. This offer is for anyone, whether that’s through the Humble Store, GOG.com, or Steam. As a side note, there is a full Viscera Cleanup Detail game in development.