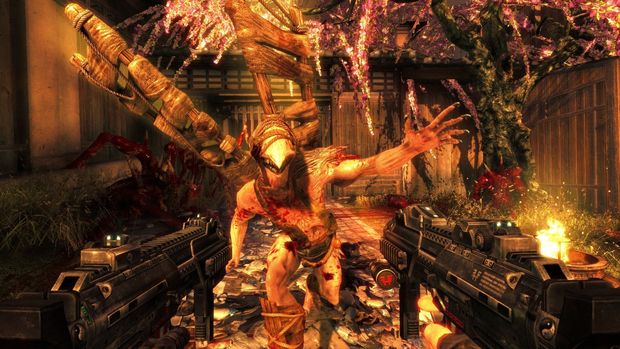 We knew that Shadow Warrior was coming to the PS4 and Xbox One this fall, but now we have a solid date of September 26. Devolver Digital is releasing the game in conjunction with Bandai Namco Europe, which will have “high quality reshaped graphics” on consoles.

It’ll also have exclusive content to both versions, like a new arena mode, a brand new campaign, and exclusive weapons. All in all it sounds like a pretty sweet way to experience the game for the first time, I just hope the price is right down the line (it launches at $40) since it’s been on sale on Steam for dirt cheap on a monthly basis.