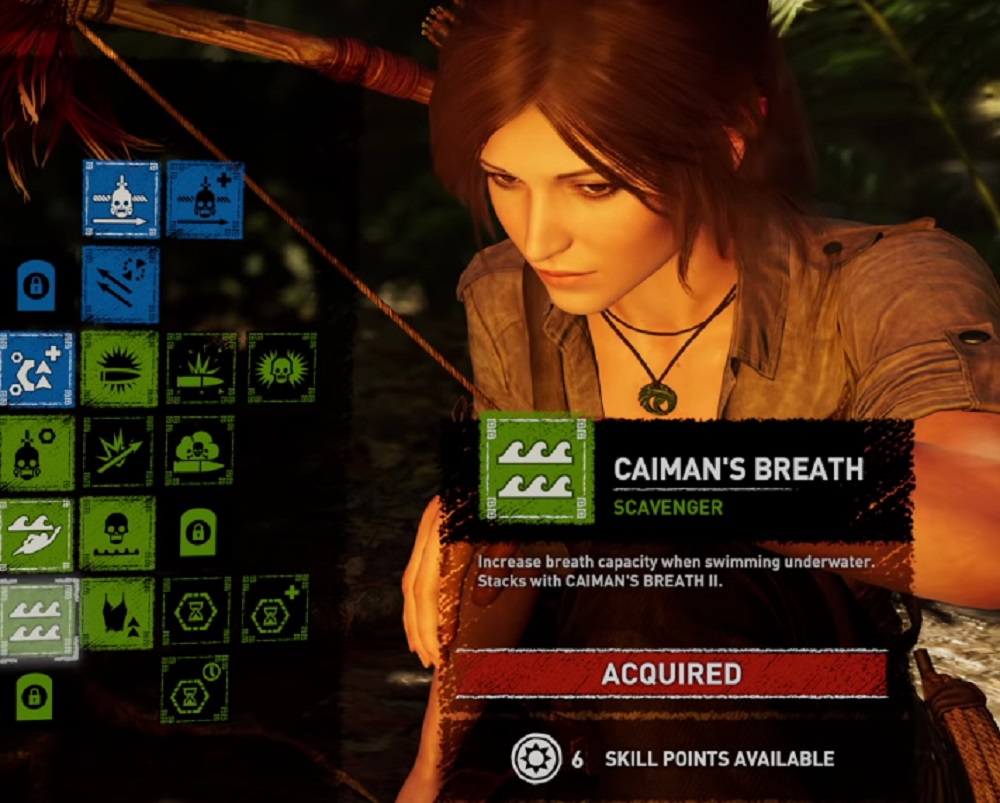 I want some of those magical bullet-time plants

So far in Square Enix’ run of trailers for Shadow of the Tomb Raider, we’ve seen Lara killing people from the undergrowth and killing people with home-made weapons. Now, it’s time for a change of pace, as we look at the new game’s crafting abilities, that let you harness the fruits of the landscapes, and then kill people with them.

The jungle will become Lara’s arsenal in Shadow of the Tomb Raider, and various plants and creatures can be harvested for the tools needed to take on the dangerous dudes who get in Ms. Croft’s way. Lara will be able to strip bark and branches to create arrows, and venomise them with the lethal secretions of the more-deadly members of the local wildlife.

As shown in the video, Lara can also get high as fuck imbibe the properties of the local flora, which sharpens her senses, leading her to both plants and animals that will allow her to scavenge the raw materials necessary to create her DIY, as well as increasing her response time and perception in battle.

Shadow of the Tomb Raider launches September 14 on PS4, PC and Xbox One