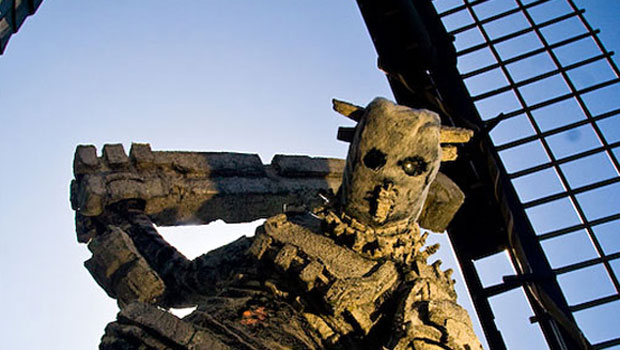 While Columbia Pictures’ Shadow of the Colossus film will probably feature elaborate computer-generated colossi, we have a suggestion — the film’s producer should just call up cosplayer Isaac Jones.

Jones designed the amazing costume you see above, modeled after the third colossus in Team ICO’s already-classic PlayStation 2 title. According to the designer, it took over 100 hours to make, made up of faux fur, basketballs, cushion foam and… well, a whole bunch of stuff. It even features a glowing weak spot, powered by a couple of AA batteries.

Along with some clever photography, this may be one of the most impressive bits of cosplay I’ve ever seen. Isaac, if you’re reading this, be prepared for a call from Columbia Pictures — you’ll have 15 more of these things to make, buddy.