The “videogames as art” movement is a funny thing

Artsy wonks like myself love to wax philosophic about the potential that games have in terms of narration or eliciting meaningful, emotional player responses. We laud innovative game designers for forcing us to make morally ambiguous choices about ourselves and the characters around us. Unfortunately, games fall short in one crucial, yet easily overlooked, way: they only go half of the distance.

What I mean to say is that while lots of the elements of the game are designed and featured in artistically and culturally relevant ways, a huge part of games is left out of the artistic amalgam: the controls. The controller is the fundamental aspect of videogames as a medium, yet developers and fans alike seem to totally overlook it. Unless the control schema is laughably bad or unnecessarily confusing, it gets nary a mention.

Even worse, the control scheme is almost exclusively relegated to a basic function and fails to convey any sense of artistry or contribute to an overarching metaphor. I’m not talking about good, responsive controls, or button mapping that is particularly intuitive; I mean a control scheme that, in and of itself, has something artistically important to say.

Fumito Ueda’s Shadow of the Colossus does just that. 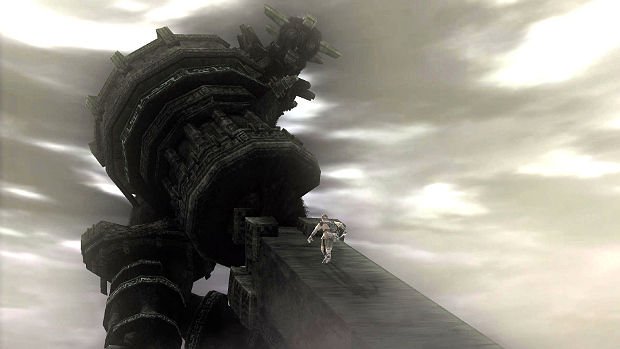 It’s hard to appreciate just how creative the control scheme for Shadow of the Colossus is — particularly in the way it achieves an artistic goal — without comparing it to other games. To simplify, ponder this question: How does mapping “jump” to the X button contribute to the overarching theme of a game? Well, by and large, it doesn’t, and that’s fine.

However, I want to argue that Wander and Agro’s controls contribute in some important way to the artistry of Shadow of the Colossus.

Take the grabbing mechanic, for example. In order for Wander to grab onto things — ledges, walls, colossi — the player must hold down the R1 button. The distinction is subtle: you don’t just push R1, you have to hold it. The physical associations between holding onto a ledge and holding down the R1 button allow the player to always have a connection with Wander.

Similarly, to attack a colossus, the player must press the O button once to raise his sword, and O again to strike. Again, the player is never separated from Wander and controls all his physical actions. That is to say there is never a rift between what’s happening on-screen and what’s happening in your hand.

Compare this to a game like, say, God of War — you press X once, and you’ve killed 8 skeletons, deflowered a virgin, and ransacked a city — and you realize what a feat Ueda’s accomplished. The blurring of the line between Wander and the player becomes particularly important with respect to the titular colossi. Unlike God of War, killing your enemies is far from automatic or easy — it’s a concerted effort and a pre-meditated choice.

This choice is inherent in the rest of the game as well. You have to find the colossi, ride across an entire continent, and then figure out how to kill them. You have to want them to die. The game forces you to make decisions about whether or not to attack the colossi, a choice you have to make over and over, at each step of the way. Even when you’ve climbed the colossus, found his weak spot, you have to choose again — will you push O a second time and strike? Will you push O a last time and actually kill the colossus? 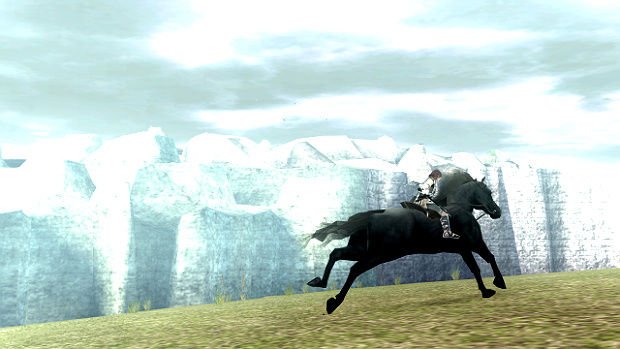 These moments can be incredibly poignant, and I would go as far as to say that Shadow of the Colossus is the only game in which “no” is an acceptable answer to those types of questions — all because of the way the controls are mapped.

When Shadow of the Colossus was released, some reviewers criticized it’s controls for being unresponsive or clumsy, especially in regards to Wander’s trusty steed, Agro. Treated like a traditional mount, Agro handles with all the grace and precision of a battery acid enema. Most vehicles are relatively straightforward: you get in, get around, and get off. Furthermore, cehicles are usually treated, thematically and mechanically, like extensions of the playable character — it’s really just a more efficient way to get from point A to point B.

Agro, on the other hand, has much subtler controls. Once you get him pointed in the right direction, just tap X a couple of times and let him do the rest. Agro makes turns, navigates obstacles, and generally keeps himself out of trouble, allowing Wander to enjoy the scenery and shoot arrows at birds, lizards, and the giant colossi that are trying to kill him. However, if you try to “steer” him , he just spazzes out.

Agro’s AI and his ability to take care of himself become crucial later in the game, as some colossi are impossible to beat without his help. By giving Agro the necessary for tools him to make decisions while Wander fights enemies, Shadow of the Colossus feels like a one-player co-op campaign. Wander fights the colossus, and his distinct, separate, intelligent partner Agro helps him out. In contrast to Wander’s controls, Agro’s purposefully put distance between horse and player, reinforcing his individuality and downplaying his function.

The implications of such freedom, and the dependence on Agro that the player develops, are far reaching and important. By creating several situations in which the player is dependent on Agro’s independence, Shadow of the Colossus forces you to develop emotional ties to him. This relationship (coerced or not) lends pathos to both Agro’s fall and his triumphant return. 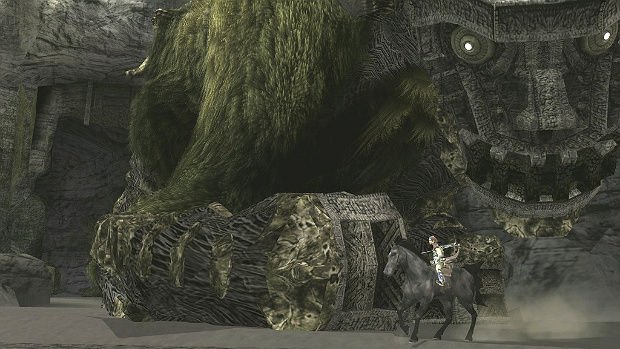 This, in turn, ties into all sorts of overarching themes of the game: loneliness, isolation, and the nature of love and friendship. Granted, other elements in the game also contribute to these themes — the fact that Agro is the only character with a name, or the sprawling, sparse landscapes — but Wander and Agro’s relationship is, at its core, based on how Agro is controlled.

What’s happened here is that a really well-done gameplay mechanic (fighting the colossi with Agro’s help) has engendered and contributed to a very compelling artistic metaphor (friendship). What’s even more impressive is that said mechanic, and therefore said metaphor, is dependent on Agro’s control scheme. Just let that sink in for a second: the artistic merit of Shadow of the Colossus is inextricably linked to its control setup.

Given that most designers don’t seem to give a second thought to the way game characters are controlled (or, in Agro’s case, not controlled), this feat is particularly impressive and goes a long way in showcasing the artistry of Shadow of the Colossus and Team Ico’s vision.

Sacrificing intuitiveness or gameplay to make an artistic statement is obviously a risky move and a tough decision, but Fumito Ueda made his choice, for better or for worse. For Shadow of the Colossus, I am of the firm opinion that it was for better.