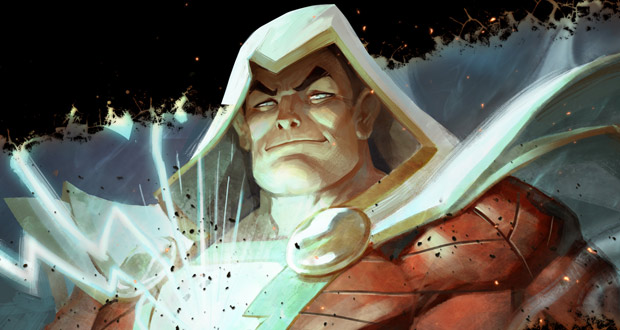 I have always enjoyed the iconic heroes found within the DC universe, such as your Batman and Aquaman, but some it is always nice to see some light shed on lesser known top-tier hero. Captain Marvel, or Shazam as he is now being referred to in the New 52 DC line and in Infinite Crisis, has always been one of my favorites, even if the hood makes him look a little like Robin from Batman: Arkham City.

In this video, Turbine and WB Games lays down some knowledge on the kind of pain that Shazam brings to Infinite Crisis. As a hard-hitting melee character, the good Captain loves to job right into the thick of things, and with his ability to quickly boost his offensive and defensive skills he is sure to make a solid addition to any team.

Infinite Crisis is shaping up to be a nice little MOBA alternative for those of us who enjoy watching our favourite DC characters smack each other around, and who don’t have easy access to Injustice. Still I rather prefer the older 1940’s costume design for Captain Marvel than his current attire, but what do I know about superhero fashion.