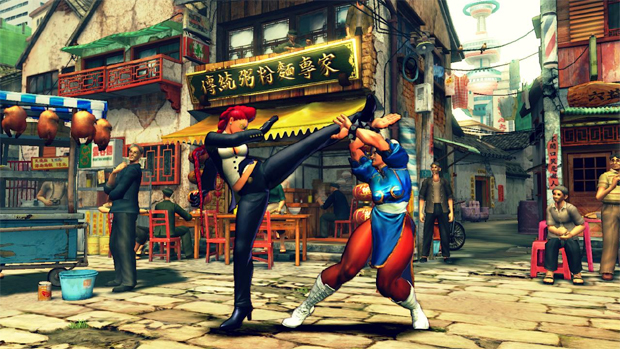 Street Fighter IV has been lauded as one of the best 2D fighters made in recent memory, but we could have seen a very different scenario play out. In our conversation with Seth Killian for the next episode of Bit Transmission, we received some insight into how the game managed to use 3D polygons while still retaining the accuracy players expect from a Street Fighter title.

When we first started out with Street Fighter IV […] it was soft. It was lacking some of that pixel-perfect stuff that you want. But I just wanted to testify and say that you can actually get it done with 3D models. You just have to fudge it a bit. Which is, you don’t actually have to use the models as the collision. You can do collision apart from the models. You can fudge it with the way collision works and use 2D collision systems even with 3D models.

Initially, it played wrong. That’s all I can say. It didn’t feel like a Street Fighter and the collision boxes were all mapped to the 3D models and that changed. So, we pushed reboot in the middle and went back to the 2D hit boxes. I think it’s a lot of what preserved the Street Fighter feeling.

Makes perfect sense to me. If you want to preserve a feeling of a classic fighter, why not make use of the tools and techniques that create that feeling? It’s always good to hear when developers don’t abandon concepts in pursuit of the newfangled.

Make sure to come back on Wednesday to listen to our entire interview with Capcom’s Seth Killian on episode six of Bit Transmission.