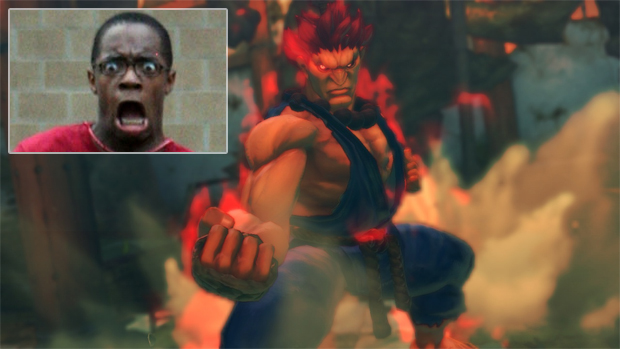 The footage (after the jump) was of two fighters, Kensou (C. Viper) and Liston (Sagat), who were all tied up and on match three of three. Whoever came out on top would place in the top 16 out of hundreds of participants. Nothing too out of the ordinary, yet.

But then, as the two fighters whittle each other down to low health, something funny happens. Both players execute an ultra combo, and both ultra combos miss. Yet, for some hilarious reason, everyone in the room jumps up and starts dancing as if the match is over; it’s not.

After prancing about for a few seconds, Kensou finally realizes the fight is still going on, jumps on his controller, and nabs the victory. If this is any indication of how entertaining tournaments are, I need to start attending them more often.