[Dtoid community blogger UsurpMyProse has seen into the future and been given a glimpse of tomorrow’s Xbox event, and what he saw was… well, it’s about what we all expected. Want to see your own words appear on the front page? Go write something! –Mr Andy Dixon]

Ah, the fabled revealing of a new console! Such an unveiling is an event as rare and beautiful as a lunar eclipse, both functioning to simultaneously draw attention to and obscure a marvel that man has devoted a considerable amount of time and energy to reach. And like a lunar eclipse, it is as wholly unique as it is utterly predictable.

Yes, for as much as we may hype this once-every-seven-years occurrence, the gaming community already has a pretty good idea of how these things go down. Any one of us can detail Microsoft’s upcoming press conference right down to the tech demos, even without the benefit of a Nate Silver-like knack for data crunching, or some kind of magical newspaper that reports tomorrow’s news like in that one CBS show from the ’90s that Wikipedia says ran for four whole seasons are you serious?

And because this is the Internet, where any and all surprises must be squashed lest they provide us with even an ounce of unexpected delight, I’ve decided to spoil tomorrow’s announcement of the new Xbox with a few totally accurate predictions that will totally happen. Totally. 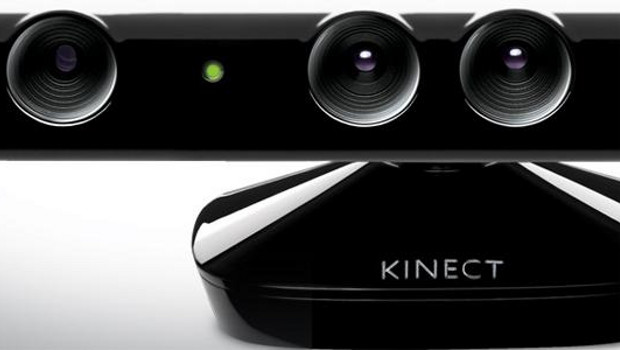 1. Microsoft will formally issue a public apology for Kinect

The Kinect was such a pitiful attempt at cashing in on the motion control fad that it’s hardly worth getting upset over. The pricey chunk of hardware wasn’t even the most objectionable console development of the past few years, especially with Nintendo announcing they were hoping the 3DS would succeed where the Virtual Boy had failed in blinding a generation of children. But the class acts at Microsoft will still do the right thing and open their press conference with a heartfelt apology for bringing the failed add-on into existence.

And we’re not talking a passing, mealy-mouthed “I’m sorry” here. We’re talking a full blown, flowers and chocolate, trip to Red Lobster, “Baby you know I only do these things because I love you” plea for redemption. Because even if they’re a greedy corporate monolith who will gladly sell a useless brick of motion sensors to their loyal customers, forgiveness is only ever a complimentary basket of Cheddar Bay Biscuits away. 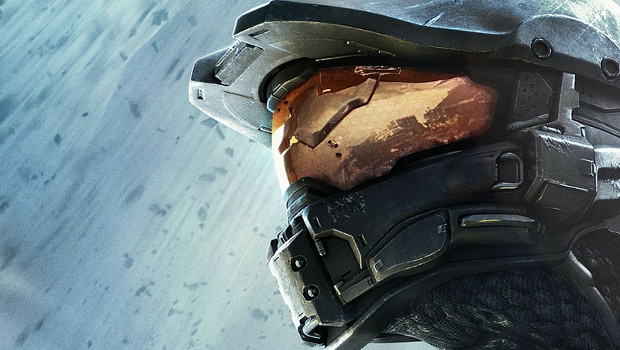 2. There will be an uninformative teaser acknowledging the existence of Halo 5

It’s probably too early to show any actual game footage of the inevitable Halo 5, but when has a hype machine ever been stopped by a lack of proof of the product it was schilling?

The only variable that’s up for debate is what part of Master Chief the fifteen-second teaser will show in dramatic close-up. Will we see him crush a Promethean skull beneath his armored boot? Or the reflection of an alien planet in his visor? Whatever part of his anatomy we’re treated to, Microsoft will use the public’s natural love of fifth installments to pump some adrenaline into their presentation.

I mean, just think of some of the all time greatest fivequels. That fifth season of The Sopranos with Steve Buscemi was pretty great. And Th5 5ast & Th5 5urious had The Rock! Will Halo 5 have The Rock? All I know is nobody is saying that Halo 5 will not not have The Rock. 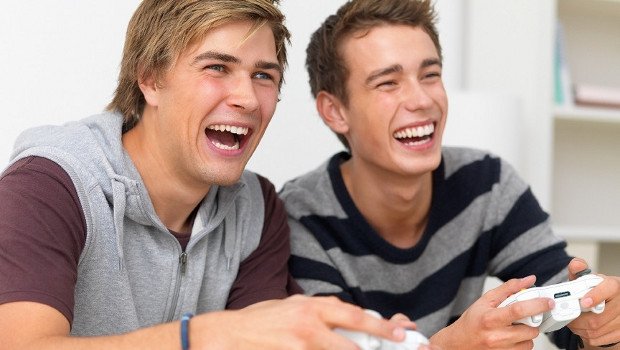 3. A bunch of hip twentysomething guys will be depicted enjoying the new Xbox in some vague fashion

Hey, you’re an 18-35 year-old male, right? No? Then you are a piece of human garbage who is of absolutely no worth to anyone. Get out of here, old man and/or woman of any age! Microsoft has no need for your sweet, succulent cash meat.

Like the PS4 announcement conference — and, really, like the entirety of existence — the new Xbox will be geared toward the dudebro demographic that marketers so dearly covet. This means we’ll be treated to plenty of shots of generic white guys holding controllers in poses that are rough estimations of what fun looks like. We’ll also see scruffy millennial males engaging in the new Xbox’s myriad social media features, Instagramming and Pinteresting and Tumbling about their latest CoD head shot, as they are wont to do. Because nothing drums up support for a $400 entertainment box than seeing it through the eyes of that one Starbucks barista who always looks pissed off because his liberal arts degree isn’t panning out for him. 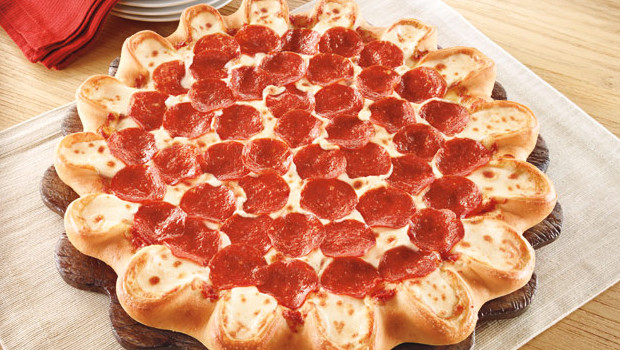 4. The new Xbox will be a Pizza Hut

We all laughed when Xbox released an app that allowed people to order Pizza Hut right from their console. “Hohohoho!” we chortled. “What a delightful sign that we are inching ever closer to the grim reality foretold by Wall-E, wherein the human race is reduced to a pudgy, single-minded flock of sheep endlessly gorging themselves on consumer sludge.” But the “Create Your Pizza App” was only the beginning. A way to prepare us for Microsoft’s true intent — to create a console that doubles as its very own Pizza Hut franchise.

That’s right, a fully functioning “restaurant” that includes a staff of shiftless teenagers that don’t respect management a customer base that defies all human logic by still eating at a Pizza Hut in the year 2013, and that summer reading program that rewards children’s literacy with early-onset heart disease. Of course, this means the new Xbox’s third-party support will be limited to an out-of-order X-men: The Arcade Game cabinet, but such is the price of innovation in the field of cheese-based pizza crusts. 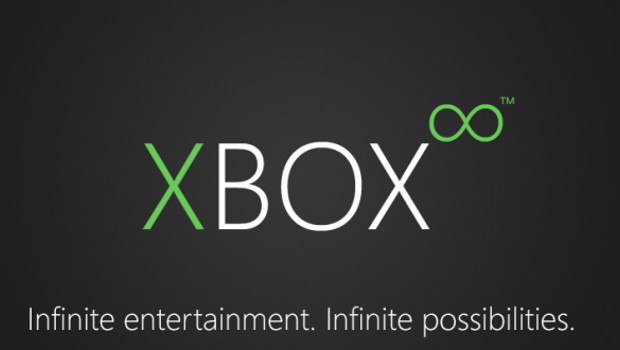 5. Thirty minutes of the press conference will be devoted to fielding the questions, “Really? Xbox Infinity? Really?”

Rumors are pointing to Xbox Infinity as the name of Microsoft’s new console which, if true, then… really? Really, Microsoft? Xbox Infinity? Really?

What, was Xbox 720 too obvious? Or were you just upset that Parks and Rec beat you to the punch? Did the association with a company that was all Detlef Schrempf endorsements and no substance hit a little too close to home? Because really? Xbox Infinity? Really?

I mean, where do you go from there? I know there’s a distinct possibility that this is the console generation that finally bottoms out the Big Three in a hole too big for them to crawl back from, but “Infinity” is really putting a cap on things, don’t you think? What do you do after infinity? I mean, that’s it. That’s what infinity is. It’s everything. You can’t just go wasting that word on a piece of technology that will be outpaced by something with a “4” in its name. That’s not how math works.

If there’s not a half hour devoted entirely to reporters asking the marketing department what the hell is wrong with them, then we’ll finally know gaming journalism is the sham we have always expected it to be. Really. 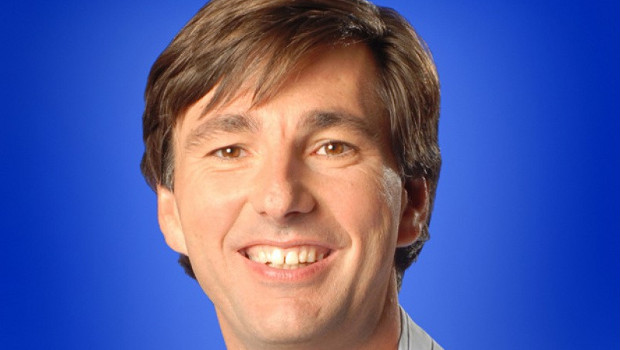 6. Don Mattrick will desperately dance for our amusement, sweating to entertain the empty gazes of an unfeeling crowd

These kind of big console announcements are always made by whatever suit at the company can address the unwashed masses the longest without regarding them with open revulsion. As a result, the presenters come across as an off-putting mix of awkward commencement speakers and the baffled infomercial co-hosts whose job it is to have their every doubt assuaged by Ron Popeil’s miracle roaster.

Microsoft has put their big announcement in the hands of President of the Interactive Entertainment Business Don Mattrick, who will do fucking back flips to stir a flicker of joy in an audience of shadowy Twitter specters who have inured themselves to an unending stream of buzzwords and deceit. He will dance and clap and devote every molecule in his body to enticing the anonymous crowd. They will see through his pallid flesh at the grinning skeleton within, spinning a glamorous web of lies, a dull ache in their hearts the only reminder that, yes, they are still there, they are still breathing, they are still alive. 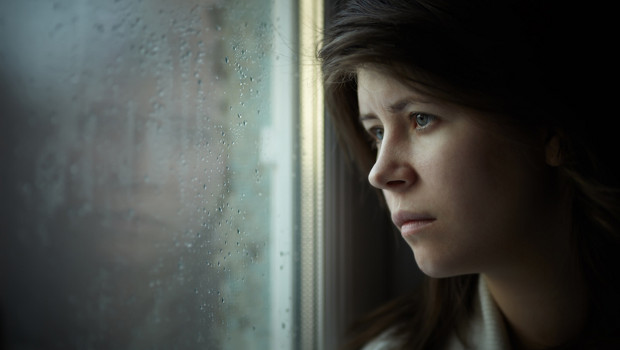 7. We will all be inevitably disappointed

What’s the point of it all? The new Xbox will be announced. So what? We’ll all have something to talk about for a hot second before moving on to the next big distraction. And then a few months down the line some of us will drop a few hundred on the Xbox Infinity or Fusion or Quantum Leap or whatever, and some of us won’t, and we’ll all be as unhappy as we are now.

Don’t you get it? Facial motion capture won’t satisfy us. 8-core processors won’t make our lives any less meaningless. The ability to see what shows our friends are currently wasting their weekends watching on Netflix won’t quell the fear and doubt that threaten to consume us all. Why so much bombast and fanfare for what amounts to a glittery respite from the crushing grind of reality?

Here’s a prediction: we will all die alone, and when we do, the memory of some stranger’s words about his magical mystery machine will be of little comfort.

So! What’re everyone else’s predictions for the big reveal? Anyone hoping for a sequel to Kinectimals? No? I’ll show myself out.