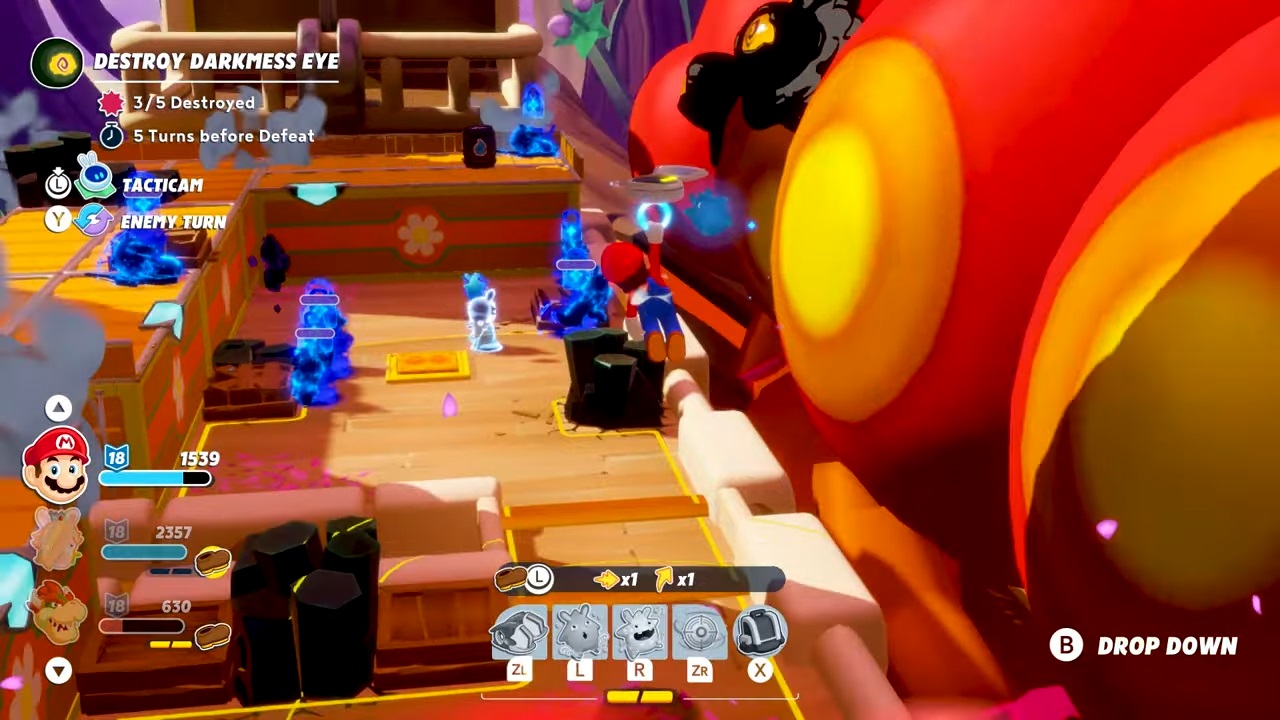 Including a boss battle

Ubisoft decided to open up their September 2022 Ubisoft Forward stream with Mario + Rabbids Sparks of Hope gameplay: seven minutes of it, to be exact.

The demo starts off in an overworld, showing off NPC interaction, light puzzles, and exploration. The team has a clear objective: get to the Wiggler train: which then triggers a boss battle with an enraged Wiggler. Light footage of Sparks was shown: equipment that can grant elemental damage, battlefield control, and enable abilities. Here’s the demo description from Ubisoft: “Here comes the Wiggler! Join us in guiding you through a quick look at some gameplay and a new planet in one of the many exciting quests and dynamic battles that await you in Mario + Rabbids Sparks of Hope. Optimise, strategise, and remember to get help from the Sparks!”

The Ubisoft stream presenter said that it’s “too early to reveal all the post-launch plans,” but there was some info provided today. There’s going to be “free DLC drops,” the third of which will feature a new character. It’s none other than Rayman! There will be Rayman DLC, described as a “new DLC adventure with the Rabbids.”

We also got a look at the pre-order bonus called the Megabug Collection.