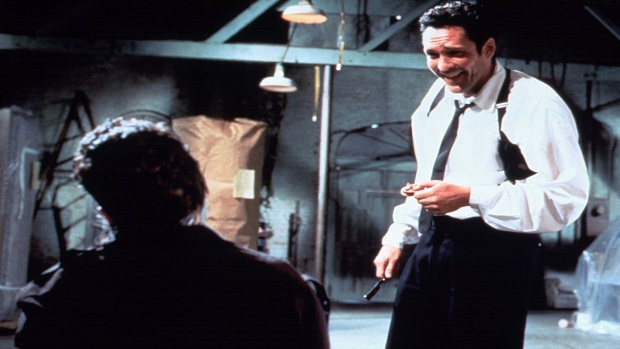 The Overly Sensitive Ratings Board is at it again

To the surprise of absolutely no one, the ESRB has given Tango Gameworks’ upcoming survival horror title The Evil Within a Mature rating. Content descriptors include Blood, Gore, Intense Violence, and Strong Language.

The full summary is as follows:

This is a survival-horror action game in which players assume the role of a police detective investigating murders at an insane asylum. As players investigate and explore the mysterious environments, they use knives, pistols, shotguns, and explosives to kill human-like creatures and monsters. The frenetic combat is accompanied by screams of pain and realistic gunfire.

Some attacks result in impalement and dismemberment/decapitation, with large blood-splatter effects; some environments also depict blood-splattered floors and mutilated bodies with exposed organs/viscera. Cutscenes also depict intense acts of violence: a flashback of children being burned alive; a character decapitated by a guillotine; a man set ablaze while bound to a chair. The words “f**k” and “sh*t” can be heard in the dialogue.

I’m really not sure what it is with these namby pamby Ratings People. Why, in my day we used to set children alight just to keep warm through the winter. Crybabies…