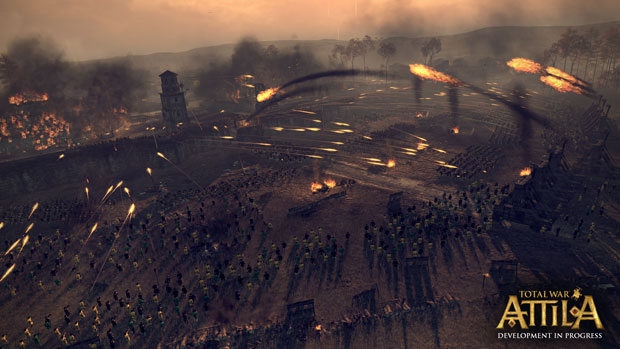 I didn’t throw out any guesses for what the next Total War would be, but if I had, wow, I would’ve been way off. Creative Assembly’s next installment, Total War: Attila, will follow none other than Attila the Hun when it releases for PC and Mac next year. He’s coming for Rome!

“We’re reintroducing some features that fans have been asking for, such as family trees and skill trees, and improving many of the core aspects of Total War we know are important to them,” said project lead Janos Gaspar in a statement.

“But to really bring the period to life, we’re building on these foundations with many new strategic features for them to consider, such as advanced street-fighting, civilians, complete settlement destruction and dynamic fire that can rage across a city as armies clash.”

Catch a glimpse of that fire tech in the screenshots below.