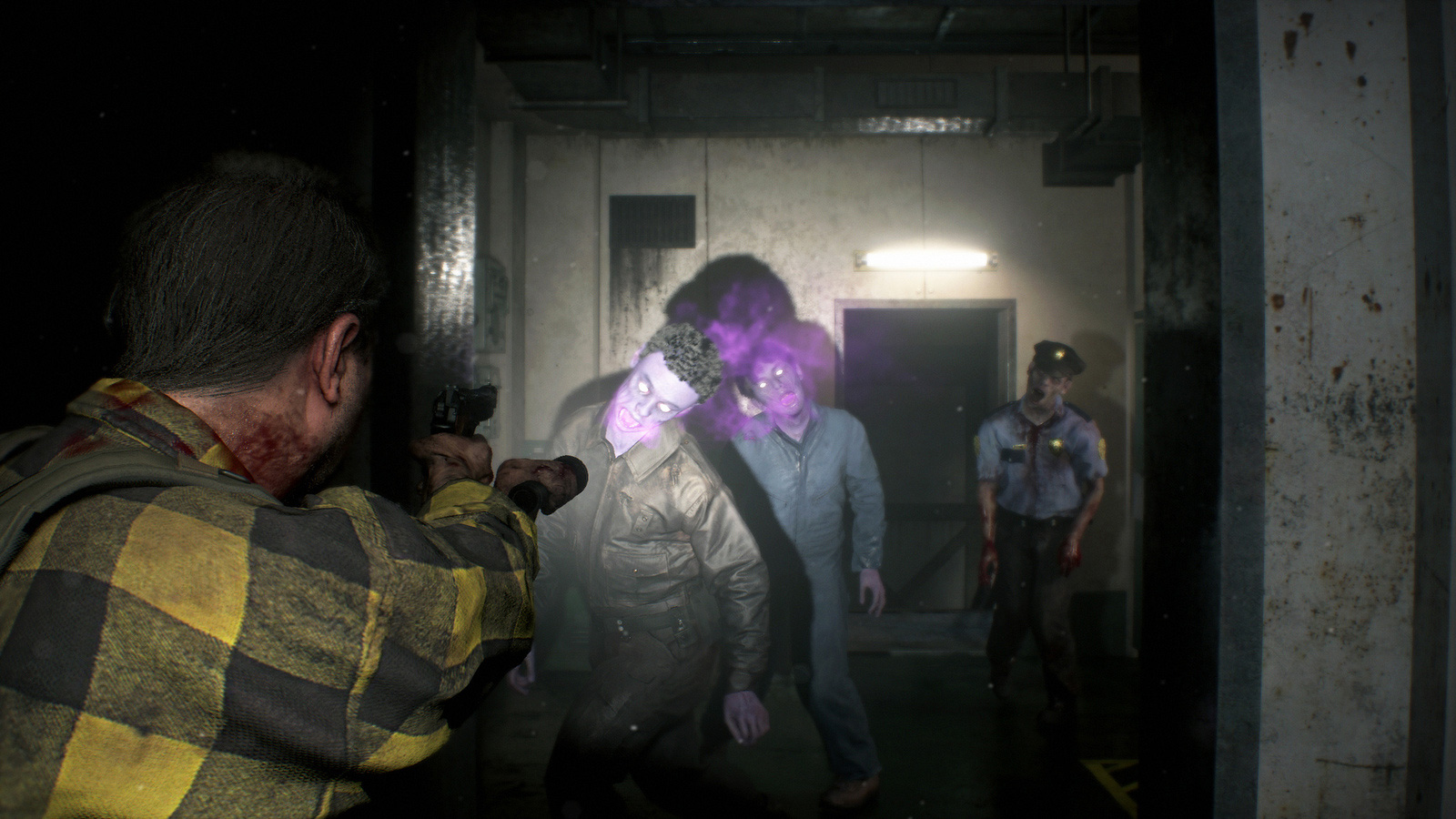 I’m wrapping up my fourth playthrough of Resident Evil 2 right now and I’ve got at least a few more in me, but sure, bring on more bonuses. As detailed today, The Ghost Survivors introduces three zombie variants: one that’s poisonous, one that’s resilient against normal ammo, and one that’s decked out in armor. These new scenarios are called No Time to Mourn, Runaway, and Forgotten Soldier.

Similar to the bonus mode The 4th Survivor, we’ll want to get through the three new gauntlets as quickly as possible to prove we’ve still got it. Items can be earned by killing backpack-wearing zombies or by making a single selection in vending machines. The Ghost Survivors also packs in Training mode, which starts you out with “additional items and item slots” and is “a great way to learn enemy positions and routes before you tackle each scenario on their standard, more challenging difficulty.”

For added replayability, Capcom will have new achievements and trophies for The Ghost Survivors along with challenges that unlock decorations like a tiger mask and a “cuddly raccoon” that sits on your head.

Finally, February 15 will also roll out the free ’98 classic low-poly costumes for Claire and Leon. According to the PlayStation Blog, the outfits will be claimable from the PlayStation Store. Easy peasy!