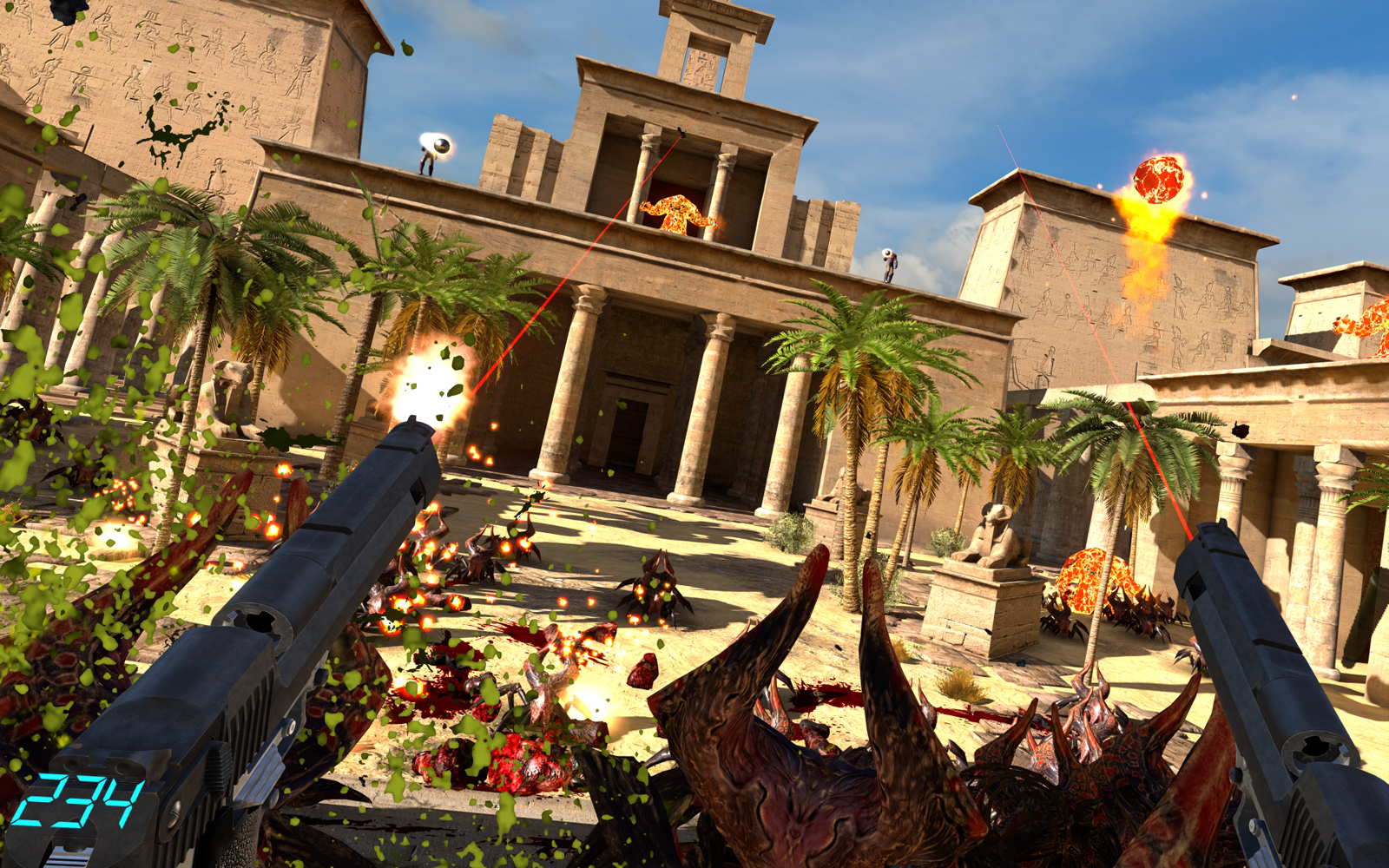 If you’re still feeling drowsy, I can personally confirm that this trailer will wake you the hell up. It’s for Serious Sam VR: The Last Hope, which arrived on Steam Early Access today with current support for HTC Vive (and eventual support for Oculus Rift, once the Touch controllers are out).

As previously touched on, Croteam is looking to get this through Early Access in around six months or so depending on how player feedback shapes development. The store page has a breakdown of exactly what’s in the current build in terms of missions, weapons, and enemy types, as well as what’s yet to come, so you’ll know what you’re getting into here. In short, it’s standard Serious Sam fare but up close.

For launch week, there’s a 20 percent discount, bringing Serious Sam VR from $39.99 to $31.99. And if you don’t care one bit about virtual reality, the company has marked down the earlier Serious Sam games by 90 percent. That’s worth looking into, actually!