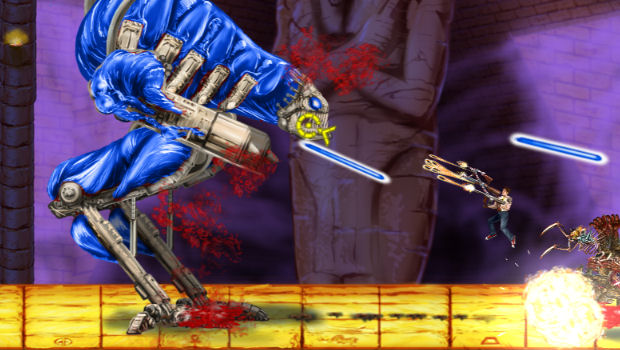 Despite only costing $7.99 and being worth the money, Serious Sam: Double D has been cracked and distributed among pirates to a considerable enough degree that developer Nathan Fouts isn’t too thrilled. Rather than go on the warpath, however, he’s decided to appeal to good old human nature. One has to admire the optimism!

Fouts has put a “Donate” button on his site and is actively pleading with anybody who pirated the game and enjoyed it to send some cash along for his trouble. Even if players don’t like Steam and intend to keep playing the cracked version, he’d like at least something for his work, which I think is more than fair.

“I realize there is no demo of the game currently but we’ll be releasing one shortly,” wrote the Mommy’s Best Games founder. “I also realize that even with a limited demo, some gamers may download the crack of the game to try it out with no demo restrictions to see if they like the whole thing. I’d simply like to plead with you that if you downloaded a crack of Serious Sam Double D and enjoyed it, please buy a copy or donate! Thanks!”

When pirates go after these cheap games from small studios, any chance of them ever justifying what they do goes out of the window. Pirating big-budget titles is shady enough, but if you’re helping yourself to highly affordable games from small studios that need support, you really aren’t a very good person. So yeah, be a nice human being and give the man some cash!