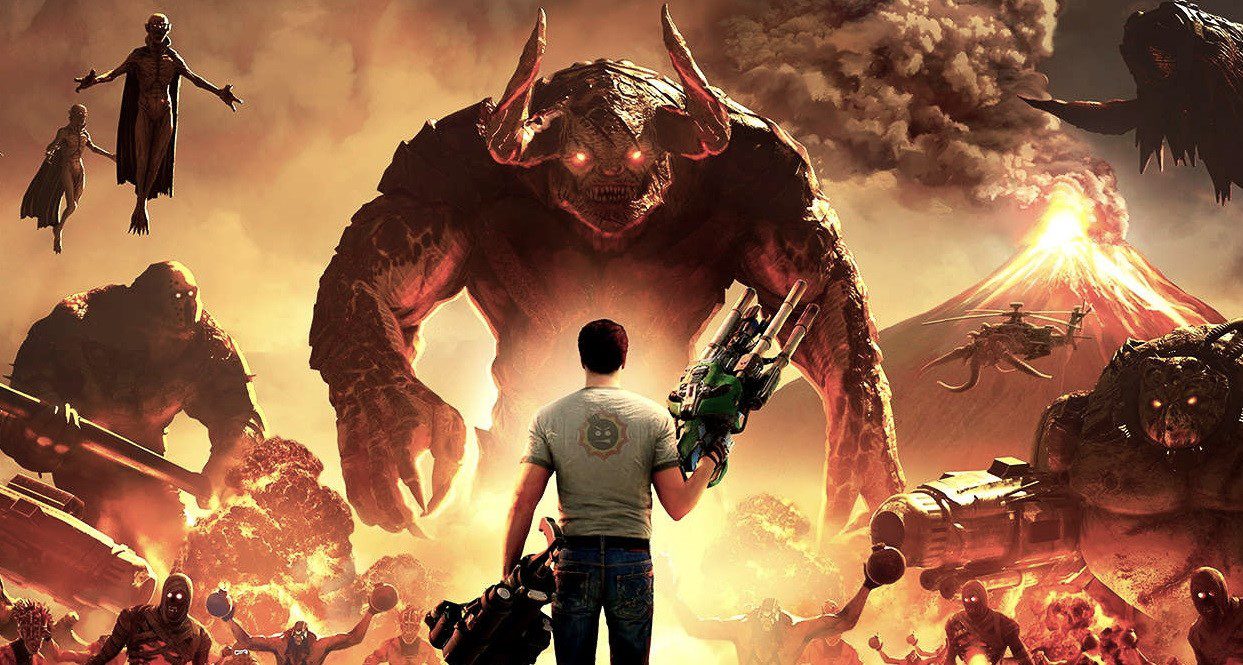 If I can be serious for a minute…

It seems that the ridiculous and bombastic action of Serious Sam 4 is getting set to detonate on PlayStation 5, as a new brand PS5 listing for the 2020 (really? it was only last year?) release has been spotted on Germany’s USK ratings board.

The USK rating was registered on November 8, and sees the violent shooter, understandably, bag itself an “18” certificate. Neither developer Croteam nor publisher Devolver Digital has confirmed the presence of a PS5 release, although it was always a plan to eventually release the sequel to console platforms — following its original September 2020 launch on PC and Stadia. I’m not gonna lie to you, I’d completely forgotten that console ports were supposed to be en route.

Serious Sam 4 was a return-to-form for the gung-ho superhero, as he takes his incredible arsenal of ground-shaking weaponry on a destructive, globe-trotting war against an unholy army of alien forces. Sam’s journey takes him across Russia, Rome, France, and even to the Arctic as he strives to find the gateway that has brought the monsters to Earth, while popping the noggins of anyone standing in his way. Serious Sam 4 received mixed reviews, though it was praised for its wanton appetite for destruction and cathartic approach toward good, old-fashioned FPS action.

We’ll be sure to give you a heads up if an official word is forthcoming from Devolver Digital.