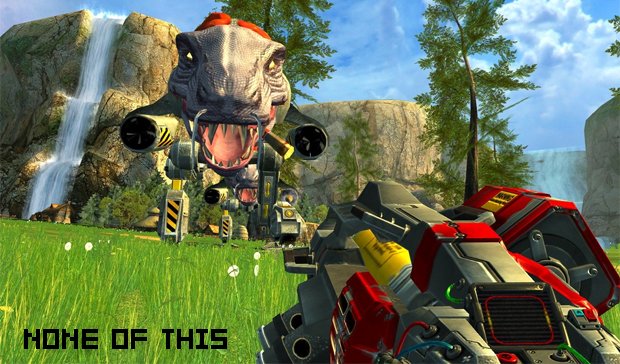 I’m of the opinion that we could always use more fast-paced, over-the-top first-person shooters, which is something I cannot talk about without mentioning Serious Sam 3 and to some extent Painkiller: Resurrection.

Speaking with Eurogamer, Croteam head honcho Roman Ribaric dropped two hints related to Sam’s next adventure. “First, Serious Sam 3 will play like the original Serious Sam.” Thank goodness for that — I imagine 99% of the people who play the series aren’t playing it for the art style (no offense!).

Not exactly “news,” I know, but here’s where it gets interesting. Ribaric also mentions that Croteam will “leave the cartoony look behind” for some undisclosed reason. I had sort of become acustomed to the way the Serious Sam games always looked, but perhaps it is time for some change.

Either way, I can’t really complain until we see what Serious Sam 3‘s fresh new style is like, now can I? Unfortunately, it’s sounding like that won’t be until sometime after Serious Sam HD for Xbox LIVE Arcade and PC is finished.