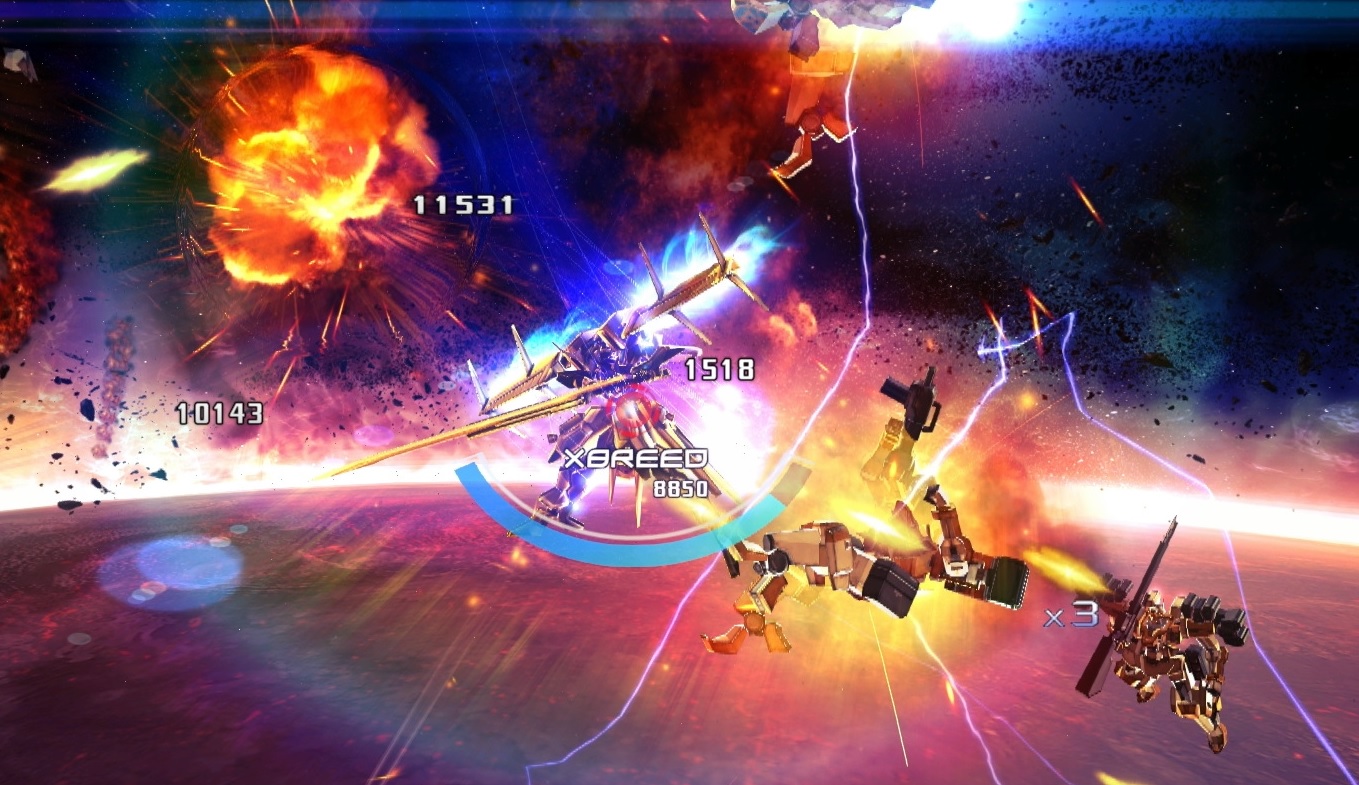 Amazing news, STG fans! Astebreed, one of the slickest and most stylish shoot-’em-ups around, is targeting a western launch next week, Active Gaming Media announced today.

Though the premise, which sees a talented young pilot take on a race of mechanized aliens in a sweeping galactic battle, is a far cry from original; Astebreed is anything but a run-of-the-mill shooter. It vaunts a dynamic camera, which Japanese indie studio Edelweiss uses to synthesize horizontal, vertical, and over-the-shoulder angles to great effect.

After receiving a rave response at PAX East this April, the localization team became convinced they have something pretty special on their hands. As well they should, this game is absolutely beautiful and plays like a dream too. Once I gave the Japanese demo a shot, it rocketed straight to the top of my most anticipated releases of the year.

Astebreed will be available via Playism on May 23, 2014. Next Friday can’t come soon enough.