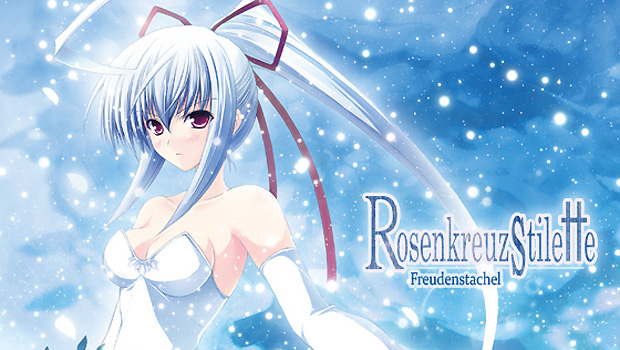 Are you familiar with “doujin soft”? They’re essentially Japanese indie games, and although most are of the fan game variety, major publishers tend to leave them alone. As it should be! Fan games aren’t harming anybody!

In 2007, the doujin group [erka:es] released Rosenkreuzstilette, a straight-up Mega Man clone with a European Gothic atmosphere. Instead of Robot Masters, you fight German witches, and instead of mechanical grunts, you battle ghosts and monsters of the Castlevania persuasion. At its core, you’ll find familiar Mega Man level design and obstacles, but that’s not a bad thing.

The sequel, Rosenkreuzstilette Freudenstachel, finally released on October 20, and it’s more girl-on-girl pew pew pew action as you’d expect. There are also several game references and cameos throughout, such as a level based on Super Mario Bros. and a mini-boss who looks like Sardius from Super Ghouls ‘n Ghosts. Sounds like a blast to me!

A digital copy of Rosenkreuzstilette Freudenstachel can be purchased here for ¥1365 ($17.19), and you can also buy the original here for ¥1260 ($15.84). In-game dialog is in Japanese, of course, but I’ve got a hunch that you’ll be able to find your way around just fine.