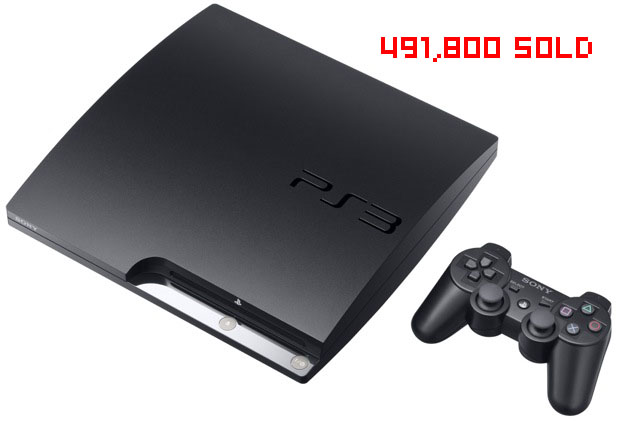 I don’t know what it was. Was it the price drop? Was it that people are just tired of the Wii now? Hell freezing? Something!

Hardware: The NPD Group has just released their data, and that data says that the PS3 outsold…well, everything except the DS. Nothing outsells the DS About a half a million PS3 units were sold after its price drop and slim-izing. That’s double last year’s numbers.

Software: Halo 3: ODST was the game of the month, selling over 1.5 million copies in September. Really, nothing else could compare. The next best selling piece of software was Wii Sports Resort, and it sold less than a third of what ODST did. The guitar games The Beatles: Rock Band and Guitar Hero 5 didn’t make as big of a mark as they had hoped. Overall good news, though: software sales are up 5 percent from last year.

Prediction: I’m no analyst, but I think software will continue to rise a bit throughout the year, while hardware kind of hangs back. In this money-tight year, I think holiday shoppers would rather buy a game than a system.

Hit the jump for the sales charts for both hardware and software.