I played a lot of XCOM last year, between running through Enemy Unknown late and Enemy Within. The blend of on the ground, turn-based combat and back home base management simulation hooked me.

Chroma Squad is basically that. Except you’re directing a Sentai with actors in colorful spandex dancing around lots of explosions and turtle and plant monsters.

I got a chance to play Chroma Squad from the beginning. The team has been reworking a lot of things since missing the late 2013 PC release, but it’s totally playable and working well. When you begin you choose between actors for certain team roles — leader, assault, tactician, etc.

Early on these choices are important because each actor comes with smaller statistical differences (a plus one defense here, a plus five attack there), though you aren’t screwed if you pick an actor ill-equipped for a certain role. Also important to consider are the monthly salaries each actor draws, which goes into the studio simulation and resource management portion of the game.

You also pick what color superhero each actor is. My rough-looking boxer leader was pink. I also picked a dog as my tactician. I am the best director. 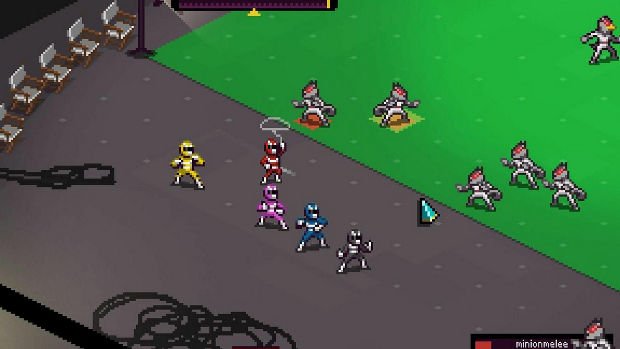 A quick battle on the green screen got me oriented with the grid-based, turn-based combat. There are some suggested director cues for each episode (do five team attacks, etc.). I also started not powered up in my team’s super suits, but a mid-battle transformation took care of that and opened up my team’s special moves, which are class specific and evolve along a skill tree.

You can move and move a second time along the grid, or move and attack. You can also click “Teamwork” as your second action, which causes your hero to strike a pose. If enough of them “teamwork” adjacent to an enemy squad, initiating an attack launches a more powerful team attack. You can combine two or all five, the latter of which yields an appropriately bombastic animation.

Teamwork can also be used to traverse maps more freely as one hero in a Teamwork pose can launch another traveling unit like a cheerleader for extra range. 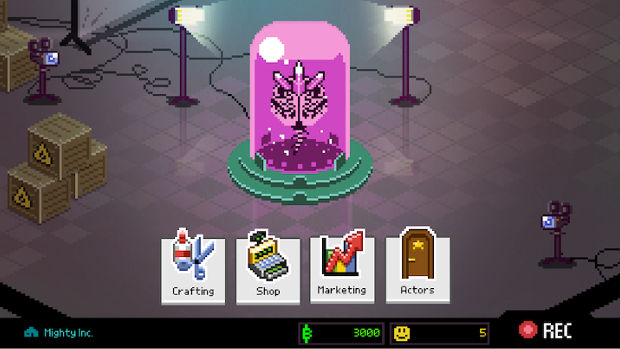 I played through a full episode next — the game consists of seven seasons — and worked my way with ease through monsters at a construction yard. After a team attack to finish off the plant monster boss, it grew exponentially in size and I had to call in my mech to fight it (see video above). These bombastic boss battles have you choosing between offensive and defensive options. Chaining attacking moves raises your combo meter, but hit percentages go down after each move.

After finishing off the plant I got a brief look various sim elements from the studio hub. There are extensive upgrades you can purchase, including a lot of duct tape that can reinforce weapons. There are different styled masks, different outfit materials, different weapons, and more, all of which confer different stats.

Chroma Squad‘s backbone seems in place, and the lovely pixel art and other trimmings are there as well. Now, leading up to the summer release window, it’s just a matter of system refinement and balancing that’s integral to the genre.