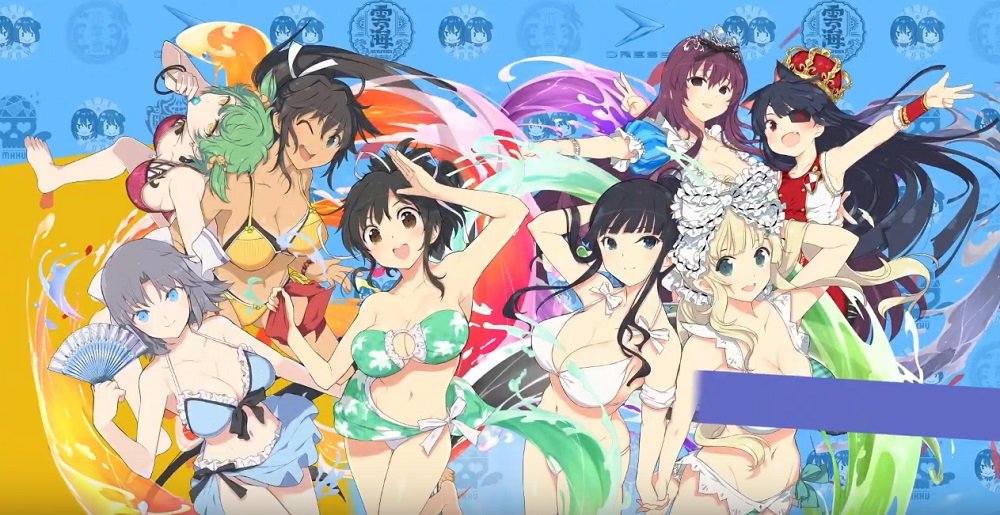 In a match made in heaven, a gaggle of gals from Marvelous’ Senran Kagura series is getting set to get wet in just-released jet-ski title Kandagawa Jet Girls. A new trailer spotlights the Senran Kagura teams who are preparing to beat the KJG crew at their own game.

A total of eight Senran Kagura stars can be added to Kandagawa Jet Girls via the latter title’s Character Pass, available now for an eyebrow-raising $30. The duos chosen are Ikaruga and Yomi, Asuka and Yumi, Murasaki and Mirai, and Homura and Hikage. It should also be noted that Ryobi and Ryona are already featured as part of the Kandagawa Jet Girls‘ base roster.

While Kandagawa Jet Girls automatically pairs up its Jetters and Shooters in canon teams, Free Play mode allows you to mix-and-match any two characters of their choice, allowing for the creation of your perfect dream team. I recently reviewed Kandagawa Jet Girls for Destructoid, so you can check out my thoughts on the game right here.

Kandagawa Jet Girls is available now on PS4 and PC.