Marvelous Entertainment are to re-release their sun-soaked arena-shooter Senran Kagura: Peach Beach Splash in Japan. The game will be getting an all new edition, complete with new pre-order bonuses.

The Sunshine Edition, which is set for release in July in the East, will include the original game at a discounted price, along with a code to download five exclusive swimsuits for your battalion of jet-wash warriors. The new skins will be available for purchase separately, so no-one misses out on the chance to spend money.

The Sunshine Limited Edition also comes with one of those weird-ass mousepads that has giant 3D boobs. We certainly didn’t have such things when I was a wee lad. Various outlets in Japan have their own exclusive pre-order bonuses, from posters, to beach towels and tapestries, all adorned with very rude images of the game’s cheesecake cast. 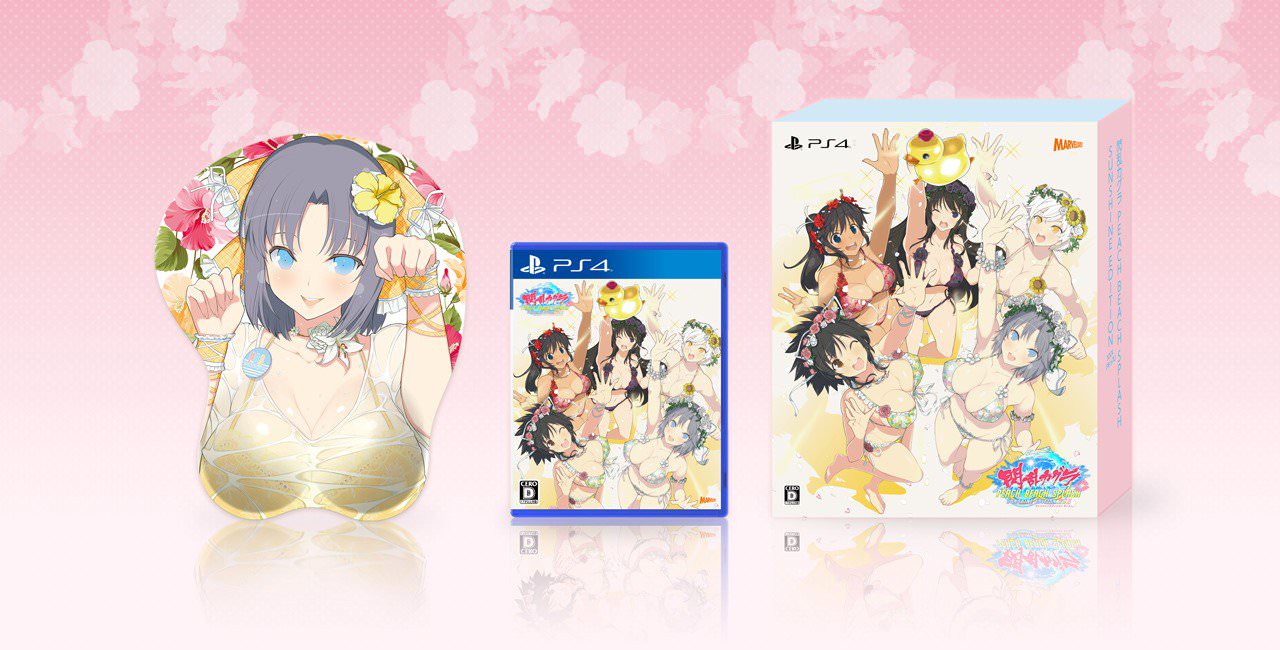