It’s nuts how much the popularity of the Senran Kagura series has exploded over the years. Marvelous’ has been riding such a positive wave, surely pushed forward by its dedicated fanbase, that it’s going to cater to its fans through way more avenues than before.

Along with a remake of its 3DS game coming to PlayStation 4, Senran Kagura Burst Re:Newal, Marvelous announced a ton of other titles. First off, the next entry in the mainline series, Senran Kagura 7EVEN: Shoujo-tachi no Koufuku (or Girls’ Happiness) is releasing in Japan next Fall. There’s unfortunately not much information about it at the moment.

Next, featured in the video above, is Shinobi Master Senran Kagura: New Link coming to iOS and Android. It places you in the role of the girls’ master and pits these different ninja school factions against each other and you’ll most likely create teams of your favorites (all Murakumo team please). Check out the Japanese pre-registration page to see what kind of microtransaction shenanigans will most likely go down. I’m sure it’ll involve whatever’s happening with that watermelon bikini. 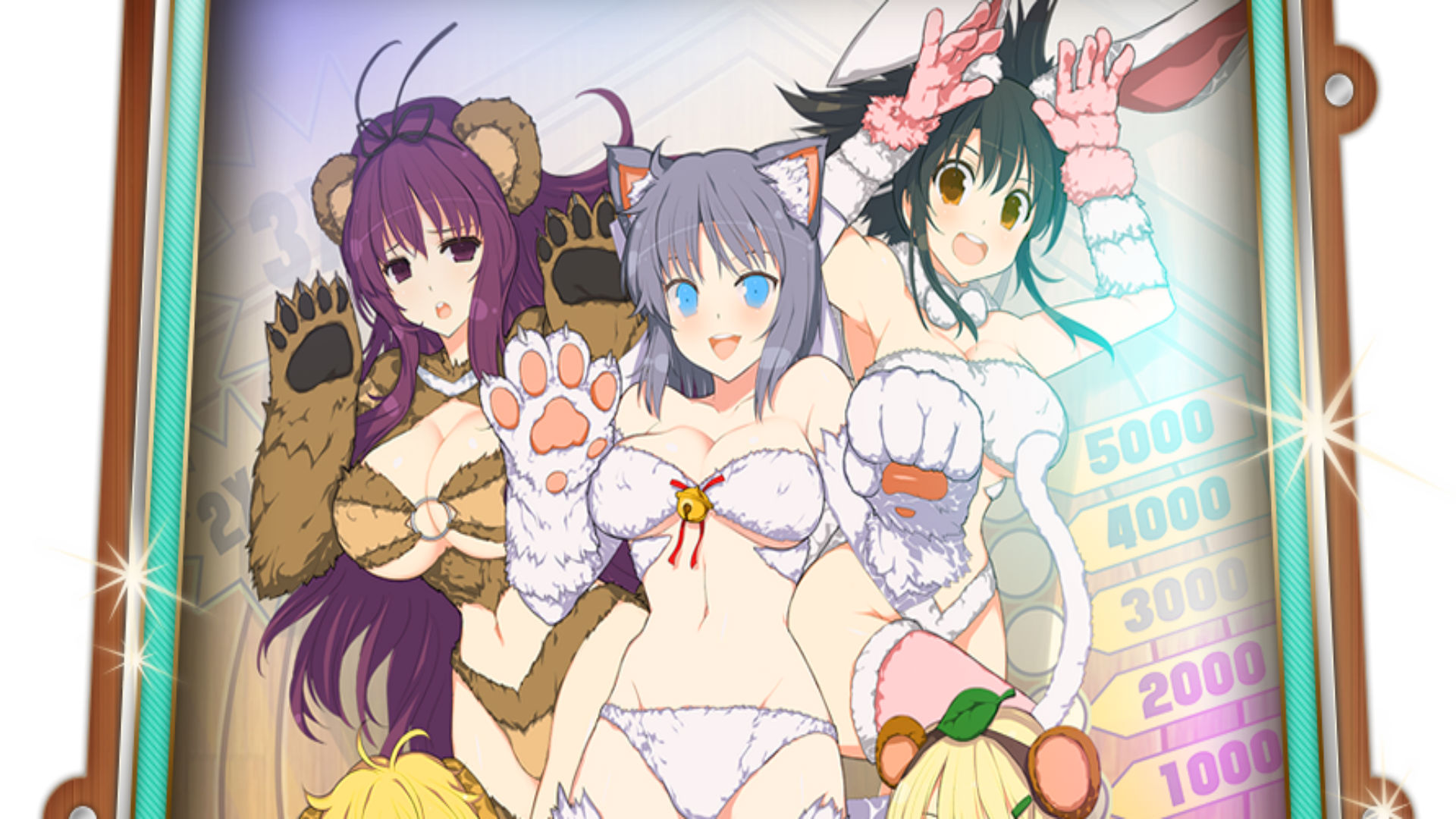 Okay, but what about the Switch? Utilizing the HD Rumble of the Joy-Con, Marvelous has two projects in the pipeline. The more hilarious of which is Peach Ball: Senran Kagura, a pinball game where the Joy-Con will HD rumble react as the balls bounce off the girls in precarious ways. There’s no Japanese release date for this as of yet, but there’s a teaser website with very poignant key art.

And finally, the previously (and hilariously) teased Shinobi Refle: Senran Kagura was finally shown off a bit (gameplay at 29:37 in the video below). It’s a visual novel featuring series lead Asuka as she “changes through massages.” In fact, “depending on where you touch, her mood will change.” The main conceit of this short visual title is using the Joy-Con to touch Asuka, feel her through the HD rumble, and then ponder your life decisions. It’ll be releasing on Japan’s Nintendo eShop later this year. It’ll run 1,000 yen so that gives you an idea of how much this could cost if it ever releases in the West.

Unfortunately, there are no details as to whether or not any of these titles will release outside of Japan as of yet but I’m pretty sure we’ll at least see the PlayStation 4 releases. But given the support Marvelous has received here, we could get all of these for all I know.