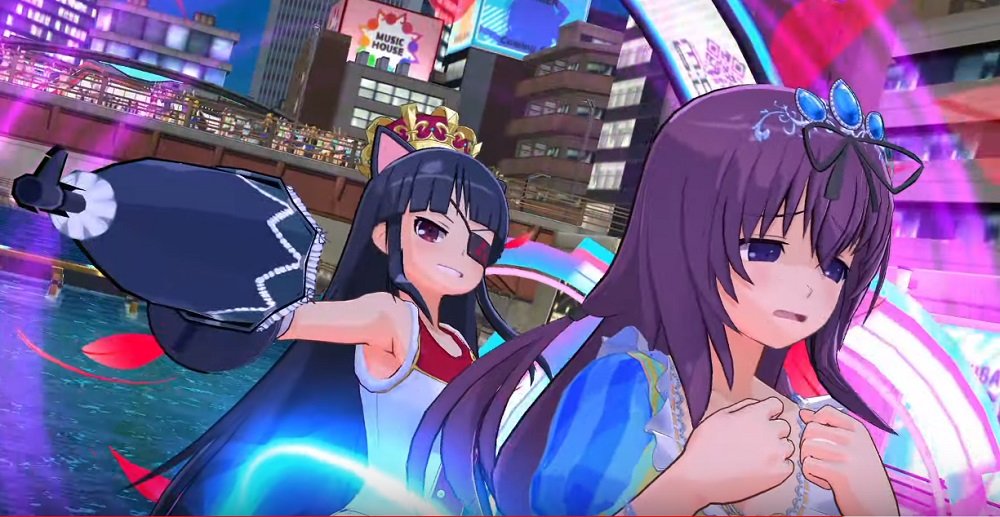 First up are Crimson Squad buddies Hikage and Homura, whose natural tree-hopping, roof-running, shuriken-throwing ninja skills will no doubt help them make the natural transition from shinobi to jet-ski racer. It also appears that the pair have brought swords to this sporting event. Yeah, why not?

The second team is goth-lolita duo Murasaki and Mirai, trading in their dark, elegant dresses for colourful swimsuits and a helluva lot more sunshine than either girl is used to. Mirai seems up for the chaos, but Murasaki looks a little more out of her comfort zone, clutching her support bear, Bebeby. It should be noted that Mirai is carrying a parasol whilst wearing a crown, thus beating me to one of my lifelong goals.

Both teams are available to purchase in-game now for ¥1,000 each. Kandagawa Jet Girls is available now on PS4 in Japan. Despite many Marvelous titles making the jump overseas, there is still no word on a western localisation.