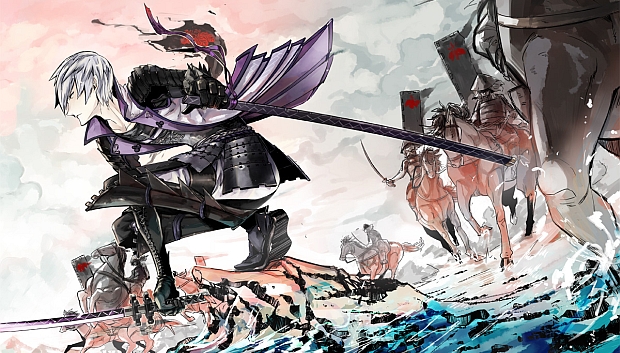 Because y’know, that’s technically when the sengoku period ends. For all the liberties Capcom’s Warriors-killer series has taken with Japanese history, its core storyline has stuck somewhat faithfully to What Actually Happened.

The Last Party, which is a theatrical anime movie due this year, is based on the plot of Sengoku Basara: Samurai Heroes, and details the conflict between Mitsunari Ishida and Ieyasu Tokugawa, which ends at the epic Battle of Sekigahara.

Since Sekigahara was pretty much where the sengoku period ended in real history, The Last Party an appropriate subtitle. If you haven’t yet, watch the trailer for clips of Masamune Date speaking bad Engrish.

Seriously Capcom, consider doing like Dynasty Warriors and releasing a Japanese voice patch for the English voice Sengoku Basara. You rip off Tecmo Koei that much, may as well copy that decision, too.